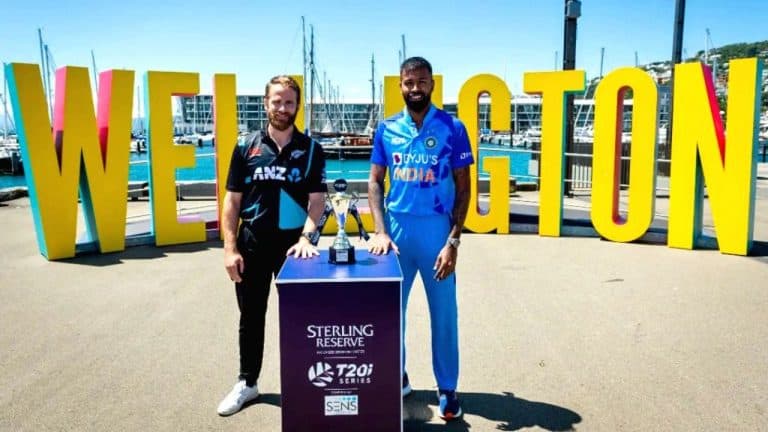 The series of three T20 matches between India and New Zealand started on Friday (18 November). The first T20 match in Wellington could not be played due to rain. Toss could not even happen in the match. Now the second match of this series will be played on Sunday (November 20). Before the series, the captains of both the teams posed for photographs with the trophy. After seeing those pictures, the fans have made fun of the trophy given for the series.

In fact, all-rounder Hardik Pandya, who is captaining India in this T20 series, and New Zealand captain Kane Williamson posed for photographs with the trophy. In this both have caught a small trophy. Fans are saying that giving such a trophy is like betraying the image of a team. Fans are making fun of this trophy fiercely. He has shared funny memes on social media.

Both teams for T20 series: