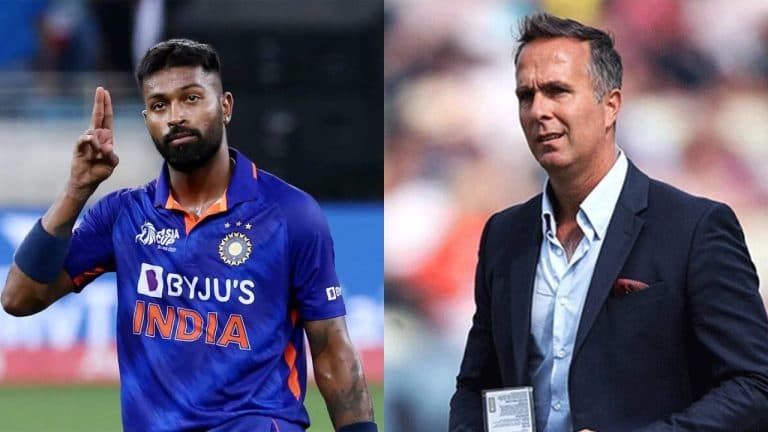 IND vs NZ: Hardik Pandya’s befitting reply to Michael Vaughan, said – we do not need to prove anything to anyone

Team India is ready to play T20 series against New Zealand. In this series, Hardik Pandya will be seen captaining the Indian team. It is believed that the phase of change in T20 format has started in Team India. It is being said that from now on young players will be given preference in the shortest format. Such a decision is being taken because of the poor performance of Team India in the T20 World Cup.
The Indian team had to face defeat against England in the semi-finals last week. After this former cricketers and fans had criticized Team India a lot. Former England captain Michael Vaughan was also one of the critics. After the defeat against England, Michael Vaughan described the Indian team as the worst performing team in the history of cricket.

Michael Vaughan has given a befitting reply

Michael Vaughan had said – India has not achieved anything since winning the ODI World Cup in 2011 at home. Team India is the most underperforming team in the history of white ball cricket. Indian captain Hardik Pandya has now reacted to this and given a befitting reply to Michael Vaughan. He said that we do not need to prove anything to anyone.

Hardik said- When you do not perform well then people are free to give their views and we respect that. I understand that different people have different views. Internationally, I don’t think we need to prove anything to anyone. It’s a game and you always try to get better at it. However, when the result has to come, it will come. We need to work on a few things and we are looking forward to that.

Hardik also said that the roadmap for the 2024 T20 World Cup is already ready. He said that in the coming times, many players will be given enough chances to show their reasons for retaining themselves in the team. The T20 series against New Zealand starts on 18 November. Senior players like Rohit Sharma, Virat Kohli and KL Rahul will not play in this series.

Both teams for T20 series