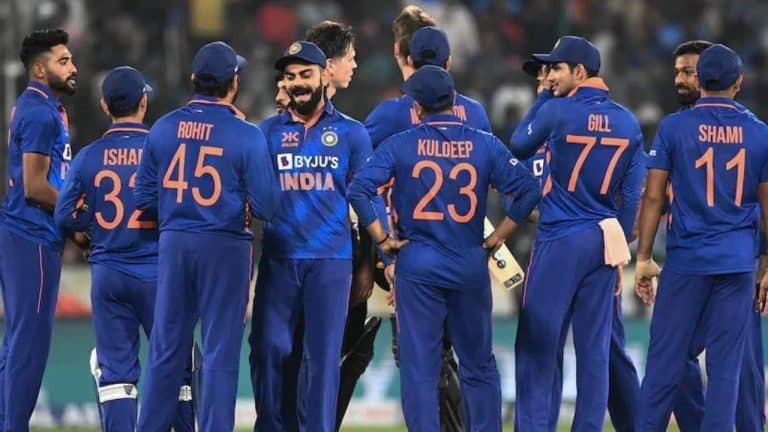 IND vs NZ: Indian team made a big mistake in the first ODI against New Zealand, ‘Rohit Brigade’ fined heavily

IND vs NZ: The first ODI between India and New Zealand played in Hyderabad on Thursday was full of excitement. In this match, the Indian team defeated New Zealand by a close margin of 12 runs and took a 1-0 lead in the three-match series.

IND vs NZ: Indian team made a big mistake –

In the first ODI played at Rajiv Gandhi International Cricket Stadium, India scored 349/8 in 50 overs by batting first. In response, the New Zealand team was all out for 337 runs in 49.2 overs.

IND vs NZ: Rohit has accepted the offense imposed by umpires –

Timing was taken care of before deciding on the Indian team. According to Article 2.2 of the ICC Code of Conduct for Players and Player Support Officials, players will be fined 20 per cent of their match fees if they go one over short of the stipulated time.

Since the Indian team was three overs behind schedule, it was fined 60 percent of its match fee. Indian team captain Rohit Sharma has accepted the offense imposed by on-field umpires Anil Chaudhary and Nitin Menon.

Hence no formal action is required. The second ODI between India and New Zealand will be played in Raipur on Saturday. The Indian team will try to win the match and win the series, while the Kiwi team will be seen putting all their efforts to level the series.