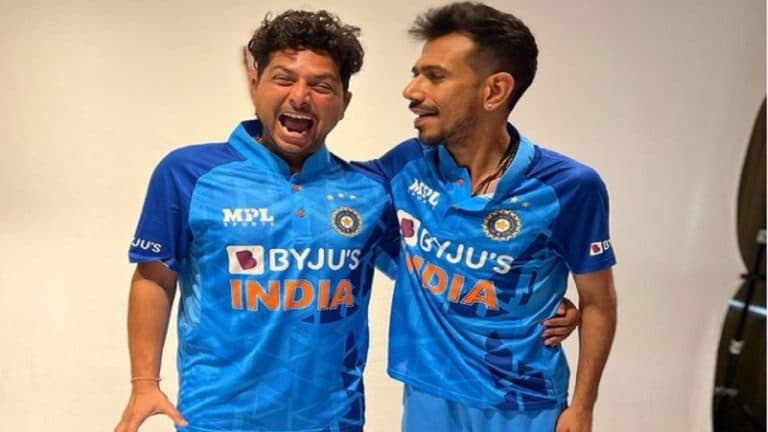 IND vs NZ: Injury or bad form? Why Yuzvendra Chahal was Dropped from the team? Will Kuldeep be the first Choice Spinner in WC?

New Delhi. Years changed and a lot changed in Indian cricket. T20 captain changed. So Virat Kohli-Rohit Sharma also got sidelined from this format. A change is also clearly visible regarding the Indian spin bowling attack. Till a year ago, Yuzvendra Chahal was the first choice spinner of Team India in ODI or T20. Now his place in the team is in danger. At least, looking at the playing-XI of India in the first ODI against New Zealand, it looks like this. There is no movement in it. Kuldeep Yadav has been included in his place.

Why Chahal has not been given a chance in the first ODI against New Zealand. Neither captain Rohit told anything about this nor any information came out from the BCCI side. Yuzvendra Chahal appeared in the first match of the 3 ODI series against Sri Lanka. After this, Kuldeep Yadav played in his place in the next two matches. The reason for Chahal’s absence was said to be a shoulder injury. Kuldeep took full advantage of this opportunity and took 5 wickets in the last 2 ODIs against Sri Lanka.

Why Yuzvendra Chahal is not Playing the first ODI?

The question is whether Chahal’s shoulder injury has not yet healed or his form was not such that the captain would have included him in the playing-XI. Well, there must be a reason. One thing is clear that ever since Kuldeep has made a comeback in Team India. He has bowled brilliantly. In all the formats of Test, ODI and T20, the bowlers have been made to dance to the tune of their spin. On the other hand, Yuzvendra Chahal is looking colorless for the last few matches. He spent 58 runs to take 1 wicket in the first ODI against Sri Lanka. While Kuldeep took a total of 5 wickets for 67 runs in 2 ODIs against Sri Lanka. That is, in the matter of taking wickets, Kuldeep overshadowed his old partner Chahal.

Kuldeep vs Chahal: Who is Heavier in the Numbers?

The recent form of this chinaman spinner is also good. This is the reason why Kuldeep is slowly becoming the first choice spinner for Team India in ODIs against Yuzvendra Chahal. As the World Cup draws closer, this Chahal vs Kuldeep battle will get more interesting. One thing is certain that instead of Chahal and Kuldeep in the World Cup team, either Chahal or Kuldeep will get a place.