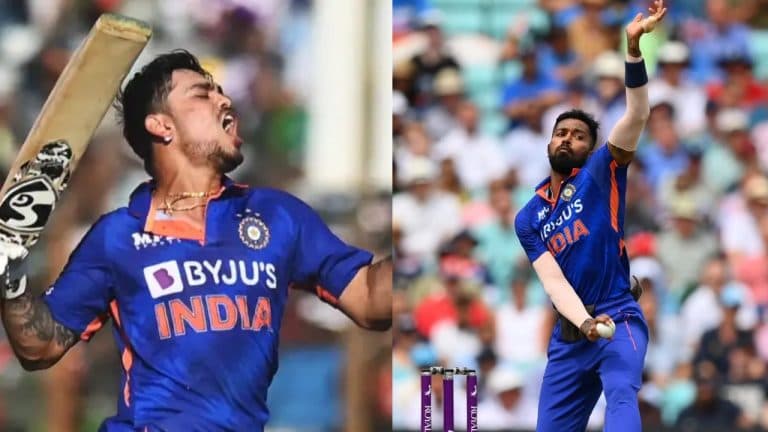 IND vs NZ: Ishaan did this when Hardik was Given out Wrongly, Gavaskar Fiercely Imposed Class

IND vs NZ: The first match of the three-match ODI series between India and New Zealand was played in Hyderabad. In this match, Team India won by 12 runs. Batting first, Team India scored 349 runs in this match losing 8 wickets. In response, the New Zealand team was all out for 337 runs. But there was a big ruckus in this match. In this match, Ishaan Kishan, who flopped with the bat, did something while behind the wicket that apart from cricket fans, he also caught the attention of veterans.

What did Ishaan Kishan do behind the wicket?

In the absence of KL Rahul, Ishan Kishan was included in the team as a wicketkeeper in this match. were. This player did something in the 16th over of New Zealand’s innings that he came into the limelight. Kuldeep Yadav was bowling in this over. Then New Zealand batsman Tom Latham defended the fourth ball of his over comfortably. But then Ishaan dropped the bails from behind with his gloves. Not only this, Ishaan Kishan also started appealing. The on-field umpires referred the decision to the third umpire. It was seen in the replays that Latham was standing in his crease. At the same time, Ishaan was seen laughing after this whole incident.

Ishaan Kishan did all this jokingly but the veterans did not like his words. Sunil Gavaskar and Murali Karthik, who were commentating during this match, criticized Ishaan Kishan after this incident. Gavaskar even said that this is not cricket. But Tom Latham also dismissed Hardik Pandya in a similar manner during India’s innings. After which there was a lot of ruckus.

Hardik was also given out

During India’s innings, something happened on the fourth ball of the 40th over, due to which there was a ruckus. Darryl Mitchell was throwing this over. Then Hardik missed playing a shot towards the third man and the ball stuck straight into the gloves of wicketkeeper Tom Latham.

lso Read: IND vs NZ: Injury or bad form? Why Yuzvendra Chahal was Dropped from the team? Will Kuldeep be the first Choice Spinner in WC?

After this the New Zealand team appealed and the on-field umpire sent the decision to the third umpire. It was first seen in the replay that the ball did not hit Hardik’s bat. But that was not the case and the ball was going over the top. During this entire incident, the bails also fell from the top of the stumps from Latham’s gloves. It could be clearly seen in the replays that the ball was going well over the wicket. But the third umpire shocked everyone and gave Hardik a bold out.