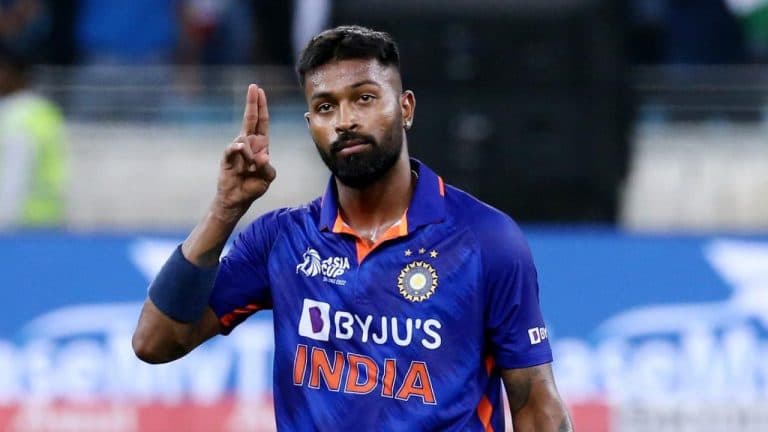 IND vs NZ: Pandya caught a surprising catch in his follow-through, Conway was stunned

IND vs NZ: The second ODI of the three-match series is being played between India and New Zealand in Raipur on Saturday. The first international match is being played at the Shaheed Veer Narayan Singh International Stadium in Raipur. Indian captain Rohit Sharma won the toss and decided to bowl first.

IND vs NZ:The reaction time of Pandya was only 5 seconds –

Hardik Pandya was doing the 10th over of the innings. The fourth ball he bowled in the good length region on the off and middle stump line, on which Conway hit a front foot drive. The ball was in the light air. Hardik Pandya runs in, extends his left arm and catches the ball.

After completing the catch, Pandya dived to regain his balance and stood as if nothing had happened. But by then it was known that he had taken a special catch. The reaction time of Hardik Pandya to take the catch was only 5 seconds.

IND vs NZ: India won the first match by a close margin of 12 runs –

Be aware that India won the first ODI played in Hyderabad by a close margin of 12 runs and took a 1-0 lead in the three-match series. The Indian team led by Rohit Sharma would like to win the second ODI and seal the series. At the same time, the New Zealand team will be seen trying hard to level the series.

Also Read:-Jasprit Bumrah Seen Practicing in The Nets Ahead Of Australia Test Series