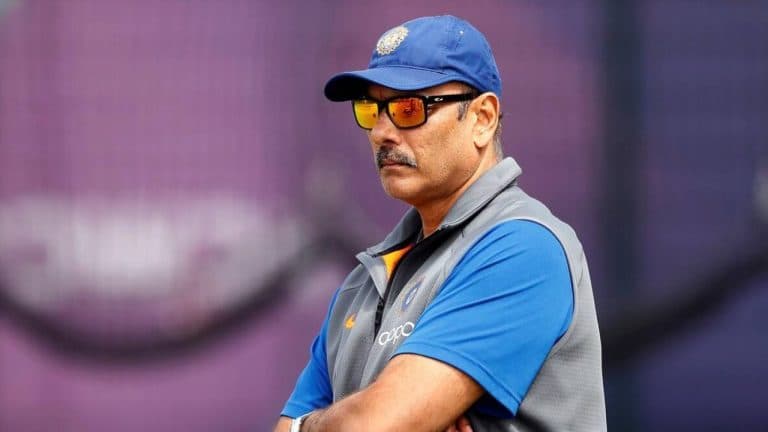 IND vs NZ: Shastri said – what was the need for a break after the defeat? Ashwin gave a befitting reply taking Rahul Dravid’s side

IND vs NZ: The Indian team was eliminated in the semi-finals of the T20 World Cup 2022. In this last-4 match, England defeated the Indian team by 10 wickets. After this defeat, some players and coach of Team India, Rahul Dravid went on rest and decided not to join the New Zealand tour. In such a situation, the biggest question arose on coach Dravid that what was the need for him to take rest after the defeat. But now Team India’s veteran spinner Ravichandran Ashwin has given a big statement in defense of coach Dravid.

Highlighting the physical and mental pressure the Indian team has been under since the T20 World Cup preparations, off-spinner Ravichandran Ashwin has defended Indian head coach Rahul Dravid’s decision to take a rest from the New Zealand tour. In Dravid’s absence, VVS Laxman, former Indian batsman and currently head of the National Cricket Academy. Is currently in charge of a new-look Indian team, which skipper Rohit Sharma, Virat Kohli, KL Rahul and Ashwin himself are not part of it.

Ashwin said on his YouTube channel, “I tell you why Laxman has gone with a new team? Rahul Dravid and his team started working hard from the planning stage before the start of the T20 World Cup. I am saying this because I myself have seen all this very closely.

Ashwin said, “He had a strategy against each and every venue and every opposition team. So not only he was physically but also mentally tired and in such a situation everyone needed rest. As soon as the series against New Zealand got over We have to play against Bangladesh. That’s why we have a different coaching staff under Laxman for this tour.” By winning 4 out of 6 matches. The Indian team reached the semi-finals of the T20 World Cup but had to face defeat at the hands of this time’s winner England. Ravi Shastri. Who played the role of coach of the Indian team just before Rahul Dravid, questioned his decision to take rest. Arguing that when the coach of the Indian team gets a break of two to three months during the IPL. Such Why would the coach of the Indian team need any other break?

Speaking to the media ahead of India’s first T20I against New Zealand on Friday, Shastri had said, “I don’t believe in taking breaks.” Because I want to know my team, I want to know my players. This break. To be honest, why do you need such a break? You get two-three months during the IPL, that much rest is enough for you as a coach.

Earlier, Dravid was rested on the tour of Zimbabwe as well. Earlier he and the first-choice players were told to focus on the one-off Test against England and a second-rate T20I team played against Ireland in Dublin. The ODI series against South Africa before the T20 World Cup was also attended by players. Who were not part of the World Cup. It was Laxman who compensated Rahul Dravid on all these occasions.