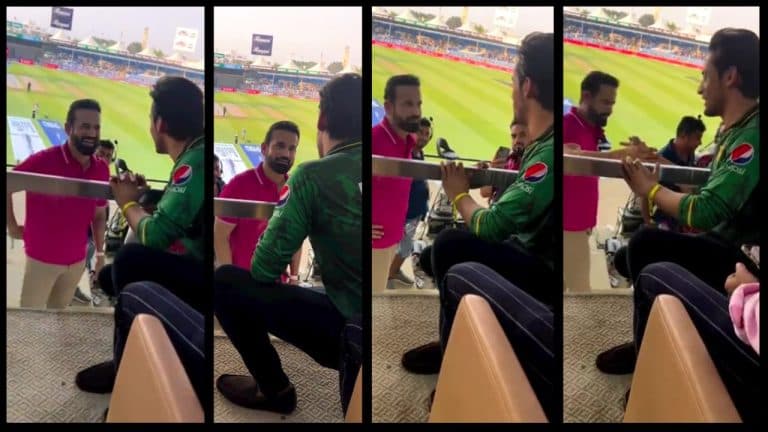 The Fans of both teams are Predicting:-

Before this match of Super 4 (Asia Cup super 4), fans of both teams are doing various speculations and predictions on social media.

Momin wrote while sharing this video:-

Sharing this video, Momin wrote, “Glad to meet Irfan Pathan, India’s best swing bowler ever. But Irfan Bhai, believe it or not, the Asia Cup is ours!”

In the video, Momin meets Irfan in the stands and says, “You had a great performance against Pakistan in 2006. how are you brother My work is all right.”

After this, the discussion turned into the upcoming game between India and Pakistan. Momin asked Irfan what are his thoughts about India-Pakistan. “What do you think about Sunday?”

Irfan Replied, “There will be a repeat”:-

Momin immediately asked, “Last year’s one?” Referring to India’s defeat to Pakistan in their first match of the 2021 T20 World Cup in Dubai.

India beat Pakistan by five wickets in the opening match of the Asia Cup in Dubai and this win will give them confidence ahead of the Super 4 match.

Hardik Pandya, who was the star of the match for India against Pakistan, is likely to make a tremendous comeback to the team.