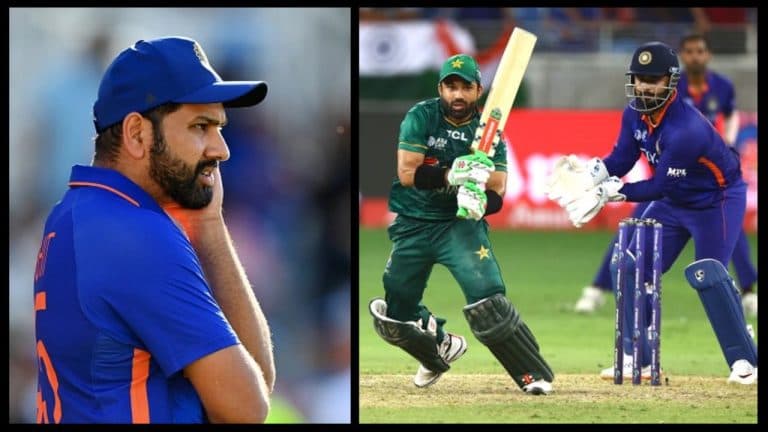 IND vs PAK: Rohit Sharma’s Statement After Losing To Pakistan

IND vs PAK: Rohit Sharma’s statement after losing to Pakistan, said – ‘We learned what we should do while defending such scores’.

On Sunday, September 4, the second match of Super-4 was played between India and Pakistan (IND vs PAK) in the Asia Cup 2022.

Also read:- Coach Dravid Made Everyone Laugh A Lot With His Words in The Press Conference Before The Match

After losing the toss in the match, and opting to bat first, the start of Team India was very good. But the match ended with India’s defeat.

Pakistan won by 5 wickets against India:-

Yes, batting first after losing the toss, India scored 181 runs for the loss of 7 wickets. In reply, chasing this target, the Pakistan team lost 5 wickets and achieved the target in 19.5 overs and won against India by 5 wickets.

At the same time, after the defeat of Pakistan, Indian captain Rohit Sharma has given a statement.

We got to learn a lot today, what kind of mindset do we need while defending a score like this. Like I said you have to give credit to Pakistan. He played better than us.”

It’s a high-pressure sport we know:-

Rohit further said, “It is a high-pressure game that we know. You have to be in it every time. It can take a lot in a game like this. We were calm even when there was a partnership between Rizwan and Nawaz.

But that partnership clearly lasted a little longer and they batted brilliantly. We understand that the pitch gets a little better in the second innings.

Significantly, the Indian team now has to play against Sri Lanka on Tuesday, 6 September and now Rohit Sharma’s team will not want to repeat this mistake again. The match between India and Sri Lanka will be played at the Dubai International Stadium.