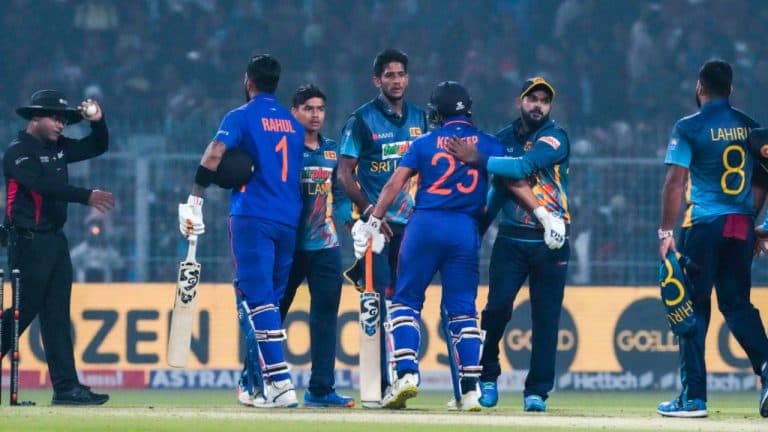 IND vs SL: Sri Lanka Cricket Board will Review the Biggest Defeat against India, Report Sought within 5 days

New Delhi, IANS. Sri Lanka Cricket (SLC) has directed the national team manager to submit a report regarding Sri Lanka’s humiliating defeat against India in the third ODI in Thiruvananthapuram on Sunday. Centuries from Virat Kohli and Shubman Gill helped India beat Sri Lanka by 317 runs to register the biggest win in ODI history and go past New Zealand’s previous record of 290 against Ireland on Sunday.

Chasing India’s Mammoth target of 390, Sri Lanka could Manage only 73 runs in 22 overs

The report should include the views of the captain, head coach, selection panel and team manager on the debacle, Sri Lanka Cricket said in a statement.

He further said, SLC has requested the team manager to submit the report within five days. The report will enable Sri Lanka Cricket to review and understand the disappointing performance of the team in the final ODI.”

In the Thiruvananthapuram ODI, the Sri Lankan team could not leave any impact neither in batting nor in bowling. Initially there was help for the bowlers. Despite this, Rohit Sharma and Shubman Gill shared a 95-run partnership for the first wicket for Team India.

Later, taking advantage of this good start, Virat Kohli and Shubman Gill completed their centuries and took Team India to a big score of 390 runs. Virat Kohli scored 166 runs in 110 balls and Shubman Gill scored 116 runs. In bowling, Mohammad Siraj broke the back of the Sri Lankan batsmen by taking 4 wickets. As a result, the Sri Lankan team was able to score only 73 runs.