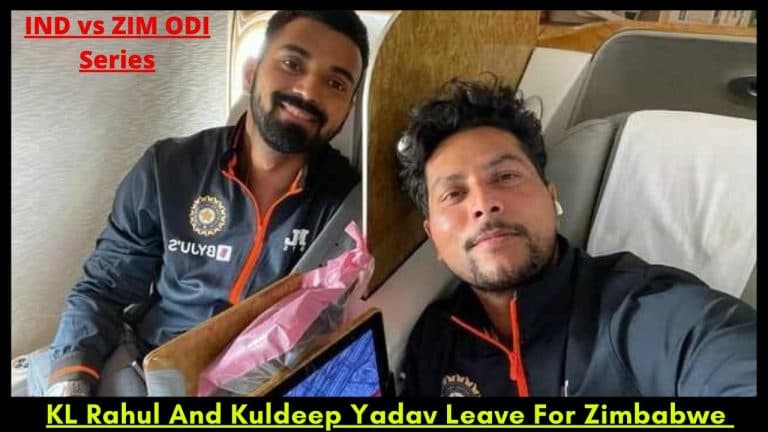 IND vs ZIM ODI Series: KL Rahul and Kuldeep Yadav left for Zimbabwe, India vs Zimbabwe (IND vs ZIM) ODI series of 3 matches is going to start on August 18.

Also read:- The Team has been Selected For The ODI Series Between Netherlands And Pakistan

Before these two, the players of the rest of the team have already been to Zimbabwe. At the same time, India has to play an ODI series of 3 matches on this tour.

It is worth noting that KL Rahul has returned to the team after doing a fitness test. At the same time, Shikhar Dhawan was given command of the team for this tour before him. But now Shikhar is the vice-captain of the team on this tour.

After this tour, India also has to Play the Asia Cup:-

While KL Rahul is the captain. After this tour, India also has to play the Asia Cup, which will start in UAE on August 27. The BCCI had announced the team for this tournament.

But Ishan Kishan did not get a chance in this 15-player team. At the same time, in the Asia Cup, there will be a clash between India vs Pakistan on August 28.