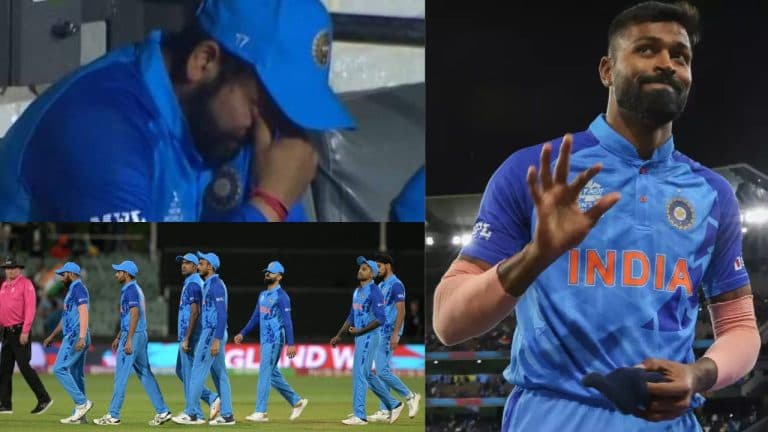 India T20 Captaincy: IND ENG Semifinal- This is a new beginning for the Indian T20 team. Due to India’s timid attitude in the powerplay and resistance to Rahul Dravid’s change, India has been knocked out of the semi-finals. But after a humiliating 10-wicket loss against England in Adelaide, BCCI immediately hinted at ‘tough calls.

For T20 World Cup 2024, now just two years away. In view of this, now the BCCI is ready to take strict steps. Firstly there will be a call on T20I captaincy. Hardik Pandya is most likely to replace Rohit Sharma on a full-time basis, if not next month, but in the near future.

Read more: Ajay Jadeja Said “I will Say One Thing Which will Sting If Rohit Sharma Listens”

As far as the captaincy is concerned, it is a matter of discussion.

“Of course, some tough calls have to be made. But you have to be ready to go through this tough race. We had prepared and sent the team quickly. Yes, two critical injuries derailed our plans a bit. But that is the nature of the game. If you see, England is also without Jofra Archer or Mark Wood. But he didn’t fight today. As far as the captaincy is concerned, it is a matter of discussion. We will sit after the New Zealand series.

Why sacrifice the captain who gave India a world-record T20 victory?

But why would the captain who led India to a world-record T20 win be sacrificed? The reason for this is his age. Rohit Sharma is already 35 years old and by the 2024 World Cup, he will be 37. He has the important task of leading the ODI and Test sides for at least two years. Therefore, he will often be rested. Since T20s will be crucial till the 2024 World Cup, India may consider a split captaincy in the T20s with a fresh approach.

“Rohit will be constantly rotated and rested for big series and ICC tournaments. But a captain cannot be rotated multiple times. Since T20s will not be in focus, we will have to gradually weed out Rohit when someone like Hardik is ready to take over the full-time assignment,” a senior BCCI official told.

IND vs NZ T20 Series: With Hardik Pandya taking over, Rohit Sharma will miss the New Zealand series. Against the full-strength Kiwis, this will be Hardik’s best chance to prove his captaincy skills. He will also be up against an experienced international captain like Kane Williamson.

What makes Hardik Pandya a better T20 captain than his rivals?