IPL 2023, MS Dhoni: Chennai Super Kings (CSK Team) played their last match in IPL 2022 against Rajasthan Royals. All the fans were waiting for the answer to the question which was to be asked by Mahendra Singh Dhoni. Is IPL 2022 his last year (MS Dhoni IPL Retirement), and is not playing his last IPL? The entire stadium reverberated with Dhoni’s reply on this.

Dhoni gave the good news to his fans, he is not taking retirement this year. This is not his last IPL match.

IPL 2023, MS Dhoni: You will find fans of MS Dhoni not only in India but all over the world. Similarly, Dhoni’s popularity is the highest in every city, not only in Chennai but also in Mumbai, and Delhi. Even in all the matches played in Maharashtra, when MS Dhoni came to the crease, the loudest noise of the fans was seen to cheer him.

MS Dhoni said about his last IPL match that no one knows the future, but it will not be right with the Chennai fans that I should not play my last match in Chennai. I want to thank Chennai. Will work hard for next year, and come back stronger.

IPL 2022: CSK's Journey is over, Dhoni's team lost in 10 Matches for the first time in a Season 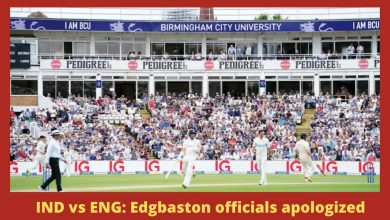