Mumbai Indians had the worst performance in IPL 2022. Mumbai Indians lost 10 matches for the first time in the history of IPL. In this season, the team’s deadly bowler Jasprit Bumrah was also a flop in the initial matches, but after that he made a great comeback. Mumbai won their last match of the season and Bumrah made many big records in this match.

In the match played between Delhi Capitals and Mumbai Indians, Jasprit Bumrah spent only 25 runs in 4 overs and took 3 wickets, he was the most successful bowler of Mumbai Indians in this match. are. Jasprit Bumrah has taken three wickets in an innings for the 19th time in his IPL career. With this, he has equaled the record of Lasith Malinga, he also took three wickets 19 times.

first Indian to do so

In IPL 2022, Jasprit Bumrah took 15 wickets in 14 matches at an economy rate of 7.18. Jasprit Bumrah achieved this feat for the 7th consecutive season in IPL and he became the first Indian to do so. Before Bumrah, this feat was done by Lasith Malinga so Jasprit Bumrah made a big record. 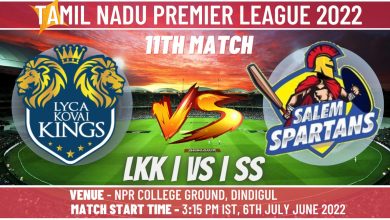