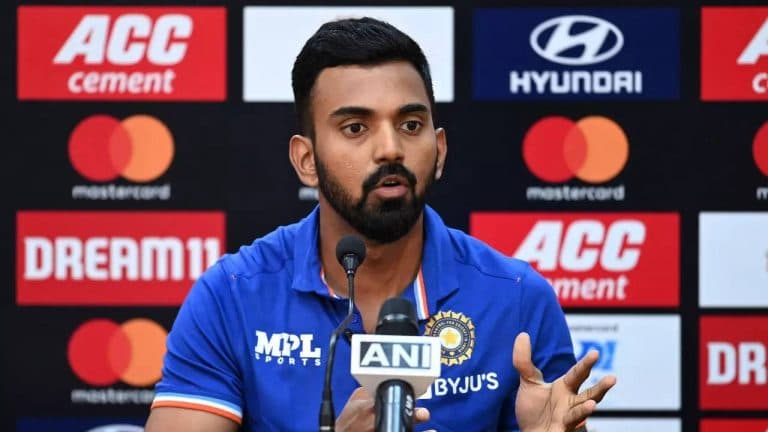 Batting at No.5 in ODIs has helped KL Rahul understand his game better. His match-winning knock against Sri Lanka in Kolkata and an unbeaten 64 helped India win the series.

“One thing I really like is that you don’t have to rush to bat.” “You get time to put your feet up, take a nice cold shower, have a good meal and then relax and then see what’s happening before you go in. That’s the cool thing about batting at No.5 “

Rahul said that batting in the middle order gives him time to read the match situation and relax before going out to bat.

“Batting at No.5 has helped me understand my game a bit better. Given that the ball is a bit old, you have to play straight spin and that’s not what I usually do. Obviously Rohit Sharma has been very clear that’s where he wants me to bat and he has conveyed that to me. So now I am challenging myself for that position.”

Also Read:-England’s Tom Curran was The 1st International Player From The Desert Vipers Squad To Land in Dubai