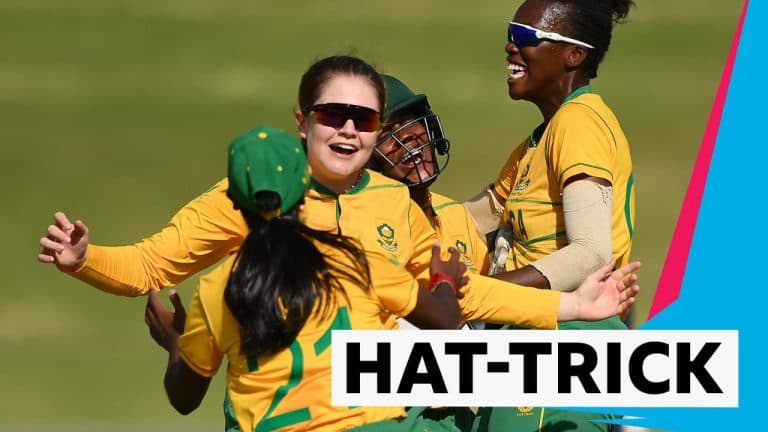 New Delhi, Sports Desk. Madison Landesman, that is the name, who on Monday took the first hat-trick in the Under-19 World Cup. And got registered in the pages of history. He achieved this feat in the group stage match against Scotland.

However, her hat-trick would not have had the tinge of victory had it not been for Kyla Reineke’s 49-ball 53 to take South Africa to 112 as the team were 4 and 43 for 20 at one stage. Was struggling after losing 6 wickets on the score of .

But Scotland’s team could not achieve even this low score total. And South Africa won the match easily by a margin of 44 runs. Scotland were bowled out for 68 thanks to Maddison Landesman’s hat-trick. Ima Walsingham played the highest innings of 17 runs for Scotland. Madison Landesman took 4 wickets for just 16 runs in his 4 over spell.

Also Read: The FIR Lodged Against Those Who Made Lewd Comments On Dhoni And Virat’s Da

Kyle Reineke Shines with the bat

Talking about batting, Kyle Reineke not only played a half-century innings for South Africa. But handled the innings when the South African team was struggling after losing 6 wickets for 43 runs.