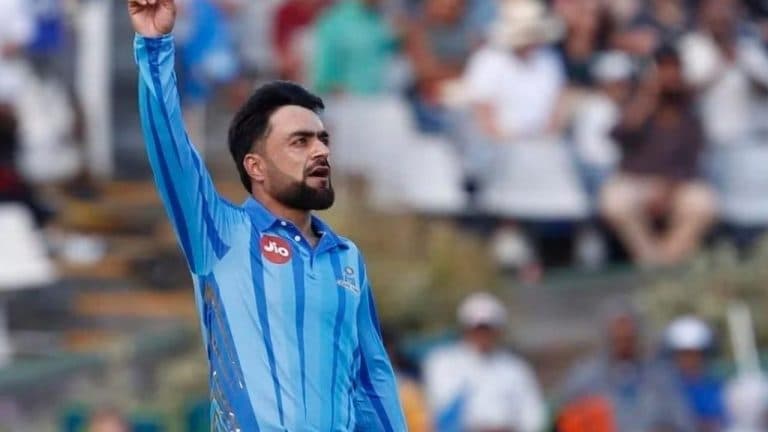 In the SA20 League held in South Africa yesterday, the 9th match of the tournament was played between MI Cape Town and Sunrisers Eastern Cape, the new team of Mumbai Indians franchise. The Sunrisers team won this match in the last over. Batting first, MI Cape Town scored 158 runs for the loss of 8 wickets in allotted 20 overs. In response, Sunrisers achieved this target by losing 6 wickets in 19.3 overs. After the disappointment of this defeat, MI Cape Town captain and veteran spinner Rashid Khan has given a big statement.

MI Cape Town have lost their second match in their fourth match, while the team has won two against Sunrisers. After the defeat, captain Rashid Khan said, ‘It was a close match, we scored 15 to 20 runs less. But we fought well and overall it was a good performance, especially the way we came back from the bowling end. Still a few things to think about and we will come back strongly in the next match. There is a need to focus on the upcoming matches and everyone knows their role towards the team. The next match will be our home match and we will give our 100 per cent.

Also Read: The FIR Lodged Against Those Who Made Lewd Comments On Dhoni

Let us tell you that under the captaincy of Rashid Khan, MI Cape Town has performed averagely so far. In the first four matches, the team has lost two and won two, due to which the Cape Town team remains at the first position in the points table. MI Cape Town will next play against Sunrisers Eastern Cape on 18th January. Talking about Rashid Khan’s performance, he contributed 5 runs with the bat, while he proved to be very economical with the ball, taking 1 crucial wicket for 23 runs in his four overs.