Mithali Raj again on top in ICC women ODI rankings, She did a great job against England

Indian women’s cricket team captain Mithali Raj has once again climbed four places to top the ICC ODI rankings. Mithali recently rose to the top of the International Cricket Council’s (ICC) women’s One Day International rankings after three years, thanks to her stellar performance in the three-match series against England.

Even though the Indian team suffered a 1-2 loss in the three-match ODI series against England, captain Mithali Raj performed brilliantly in this series. 38-year-old Mithali played half-century in all three matches. She scored 72 and 59 runs in the first two ODIs. Whereas in the third match, India was successful in winning the match due to her unbeaten 75. 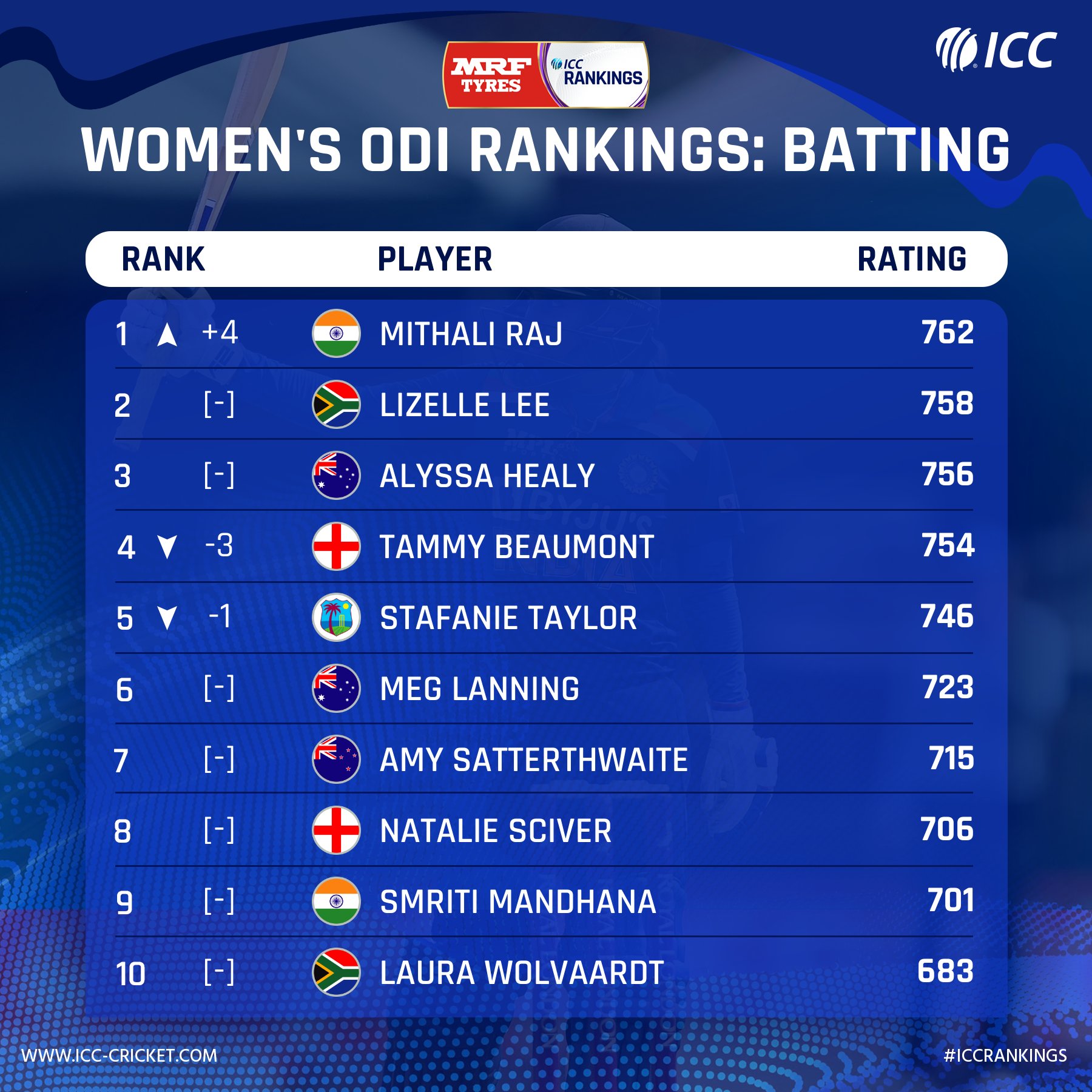 The top position was achieved last time in 2018

Aggressive Indian opener Shafali Verma scored 44 and 19 runs in the last two ODIs to jump 49 places to be at 71st position. Veteran pacer Jhulan Goswami has gained four places to be at 53rd position. In the bowlers’ list, all-rounder Deepti Sharma has moved up one place to 12th position. She took three wickets for 47 runs in the final match.