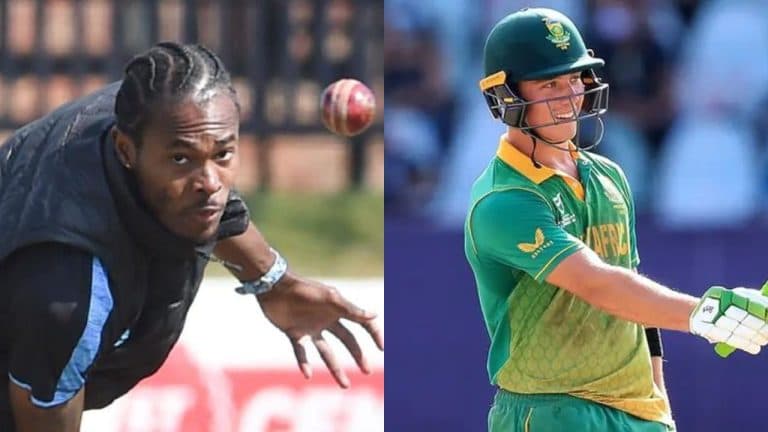 New Delhi, Sports Desk: England fast bowler Joffra Archer regained his old form as soon as he landed on the field. It is not easy for any bowler to make a comeback after injury, but the one who makes it easy is Joffra Archer. Archer returned from the South Africa T20 League after a long time and emerged as the match winner.

Jofra Archer played an important role in his team’s victory by taking 3 wickets in the very first match of the T20 League, which is also being called Mini IPL, being played in South Africa. Joffra Archer, returning to the field after 18 months, took 3 wickets for 27 runs.

Jofra Archer was away from cricket for several months due to a back injury, but when he returned after injury, he was seen in his old colors. The return of Joffra Archer is good news for Indian fans as he will be seen playing for Mumbai in IPL. He will be seen bowling with Jasprit Bumrah.

In the first match played between Mumbai Cape Town. The franchise team of Paarl Royals and Mumbai Indians, the Royals batting first gave Mumbai a target of 143 runs. Which the Mumbai team achieved in the 16th over itself. Jose Butler scored the highest innings of 51 runs for Paarl Royals.

Chasing a target of 143 runs, Mumbai won in 15.3 overs at the loss of 2 wickets. For Mumbai, Dewald Brewis played an explosive inning of 70 runs off 41 balls. Talking about Brewis, he recently had a conversation with Suryakumar Yadav. During this conversation, Surya advised him to score a triple century. Let us tell you that both play in the IPL from the same team Mumbai Indians.