Betul. Vinay Ojha, the then manager, has been arrested by the police in connection with the embezzlement of Rs.1.25 crore in the Jaulkheda branch of Bank of Maharashtra in Betul, Madhya Pradesh in the year 2013. Vinay is the father of cricketer Naman Ojha. Sub Divisional Police Officer (SDOP) Namrata Sondhia said that the accused Vinay Ojha. Who is absconding in the embezzlement case, has been arrested.

In the year 2013, bank manager Abhishek Ratnam. Who posted in Bank of Maharashtra branch Jaulkheda, had hatched a conspiracy to embezzlement. After his transfer, Ojha made the manager of the bank. He along with other employees got about 34 fake accounts opened on June 2, 2013.

On these accounts, KCC (Kisan Credit Card) loan transferred and Rs.1.25 crore withdrawn. In this case former manager Abhishek Ratnam, Vinod Panwar, accountant Nilesh Chalotre, Dinanath Rathore and Ojha have been made accused. About a year later, the then branch manager Ritesh Chaturvedi had complained of embezzlement to the police station on June 19, 2014.

Naman is a former Indian wicketkeeper

Naman Ojha has played international cricket for India. He has played in all three formats for Team India. Apart from this, he has also played for the franchise team in BCCI‘s domestic league Indian Premier League for a long time. He was part of the Indian team’s playing XI in 1 Test, 1 ODI and 2 T20Is. 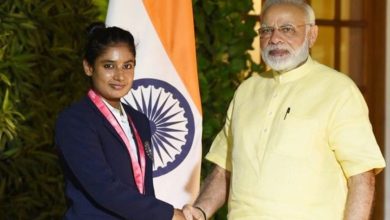