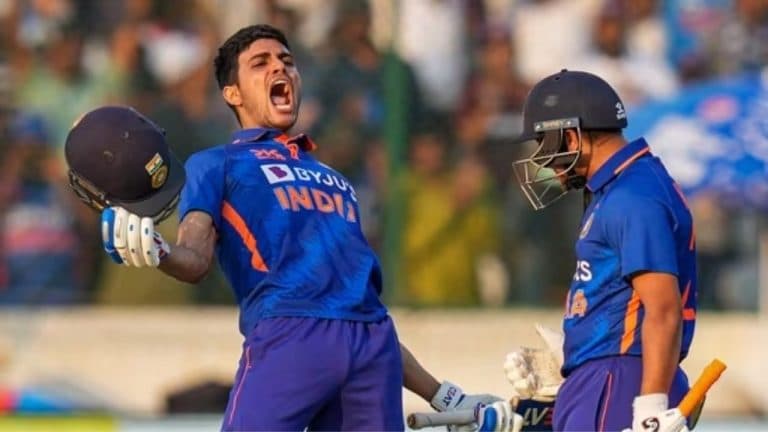 OMG! Shubman Gill did not leave the Ground Even After being Dismissed

New Delhi. Team India (IND vs NZ) won the first ODI against New Zealand by 12 runs to take a 1-0 lead in the 3-match series. The hero of this victory was opener batsman Shubman Gill. Who played a record breaking inning of 208 runs in 149 balls. After the double century of Ishan Kishan, questions were being raised that instead of Shubman, the wicket-keeper batsman should get a chance to open. Gill blew this question in the air with his tremendous innings. Shubman is considered to be of very calm nature. However, there was an occasion in his cricket career when he lost his temper.

The matter is like this. In January 2020, there was a Ranji Trophy match between Delhi and Punjab. Shubman Gill was part of the Punjab team in the match played in Mohali. After winning the toss, Punjab decided to bat first. Sanveer Singh, who came to open with Gill, got out in the second over itself. Shubman also could not do anything special in the match and the bat sat adamant on a ball coming out. The bowler and the wicketkeeper appealed for a catch, on which the umpire raised his finger. But Gill flatly refused to leave the field, refusing to accept the umpire’s decision. He also argued with the umpire during this.

When this incident happened, Shubman Gill had made his debut for Team India. At the same time, Mohammed Rafi, who gave him out, was umpiring in a match for the first time. Under pressure from Gill’s reaction, Rafi immediately overturned his decision by talking to the leg umpire. However, the Delhi team got annoyed with this and the entire team went out of the field along with captain Nitish Rana. The match was somehow resumed after the intervention of match referee P Ranganathan. Gill got a chance to bat but, he could not play a big innings and got out after scoring 23 runs in 41 balls.