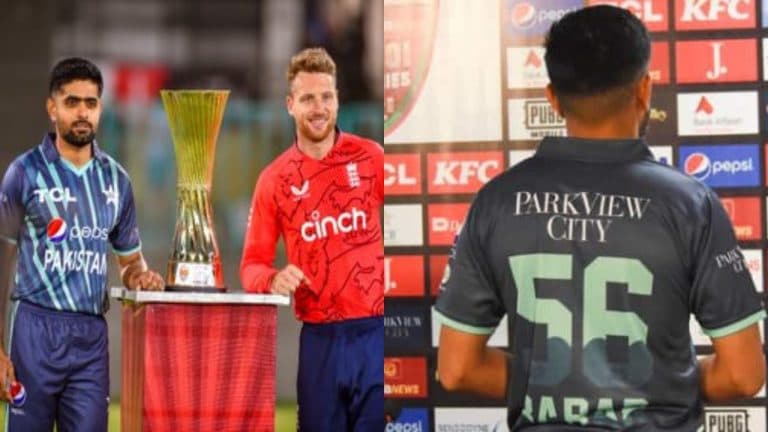 PAK vs ENG 1st T20I: Pakistan team will come on field wearing this special jersey, this is the purpose

PAK vs ENG 1st T20I: The first match of the seven-match T20 series between Pakistan and England is to be played at the National Stadium in Karachi on Tuesday. Ahead of the start of the series, Pakistan captain Babar Azam and England captain Jos Buttler on Monday unveiled the trophy for the T20I series.

PAK vs ENG 1st T20I: Pakistan’s team will wear a special jersey on the field :-

In the first match of the T20 series, the Pakistan team will wear a special jersey on the field. Pakistan cricket has given a special purpose behind this. Both the teams will play a seven-match T20 series in Karachi and Lahore from September 20 to October 2.

Pakistan Cricket took to Twitter to announce that the Pakistan team will wear a special jersey in the first T20I match against England to raise awareness about the devastation caused by the floods in the country. PCB has shown captain Babar Azam in this special jersey.

Earlier, the Pakistan Cricket Board (PCB) also launched a new team for the T20 World Cup. According to reports, the earnings from the T20I will be donated to the PM’s flood relief fund.

The matches are to be played in these stadiums;-