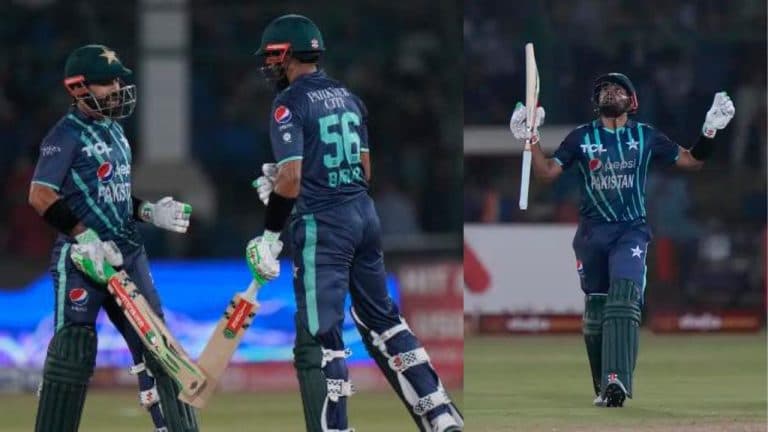 PAK vs ENG, T20I: Babar-Rizwan created history, this happened for the first time in T20I

PAK vs ENG, T20I: Pakistan captain Babar Azam and Mohammad Rizwan have once again proved that they are the best opening pair in T20 Internationals at the moment. In the match played against England at the National Stadium in Karachi, Pakistan washed England by 10 wickets and that too while chasing a target of 200 runs.

Babar Azam returned not out after scoring 110 and Rizwan 88. The world record for the biggest T20 International opening partnership while chasing the target was recorded in the name of both of them even before this.

Babar and Rizwan shared a 197-run partnership against South Africa at Centurion in 2021. Apart from this, Babar-Rizwan is the only pair, who have played an opening partnership of more than 150 runs four times while chasing the target.

Talking about the match, England scored 199 runs for five wickets in 20 overs. In response, Pakistan achieved the target without losing a wicket with three balls to spare. This was Babar’s second century in T20 Internationals. Babar Azam has become the first Pakistani batsman to score two centuries in T20 Internationals.