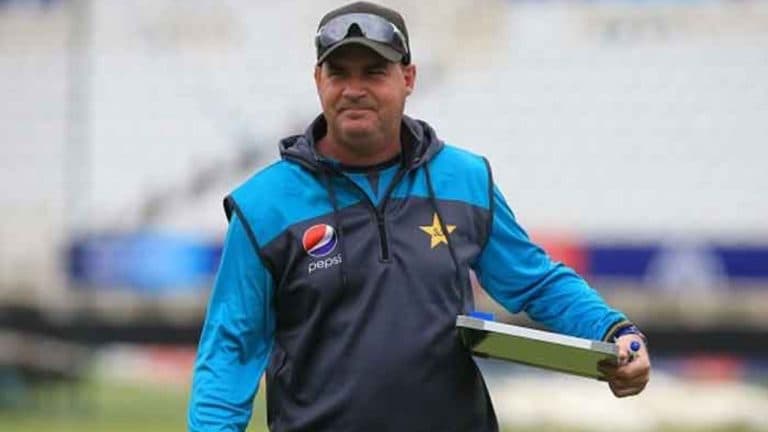 The Pakistan Cricket Board is currently going through a transition phase. After Najam Sethi became the PCB chairman in place of Rameez Raja, Mickey Arthur Rejected PCB’s Offer. Constant changes are taking place here. Najam Sethi first removed the old selection committee and replaced it with the Shahid Afridi-led selection committee to pick the team. After this, he also wanted to change the coaching staff of the team. For this, he had also talked to former Pakistan coach Mickey Arthur, but Arthur turned down his offer. After this, Wasim Akram has raised questions on the atmosphere of the Pakistan Cricket Board.

According to media reports, Mickey Arthur has turned down the position of coach of the Pakistan cricket team, saying that his past experience with the board has not been much.

Pakistan fast bowler Wasim Akram has said that foreign coaches are refusing to come to Pakistan because of the bad environment here. He said “If you had asked me, I would have told you that foreign coaches will not come. Everyone is afraid that if the board changes, the contract will also end. If you cannot find a foreign coach, then take the services of a Pakistan coach. “

Mickey Arthur was not sure about coming to Pakistan

According to media reports, Mickey Arthur was not sure about coming to Pakistan. “The truth is that when the PCB chairman, Najam Sethi, started talks with him and asked him to rejoin as head coach, Arthur said that he would love to work in Pakistan cricket again. But the past He did not have a pleasant experience with the board in 2019. Mickey Arthur told Sethi that during the World Cup in 2019. The PCB management led by Ehsan Mani assured him that his contract would be extended. But in the World Cup, Pakistan failed to win four matches in a row. Arthur’s contract came to an end after that.

Considering the climate in Pakistan cricket, his contract will be honored

“Secondly, Arthur also feared that if he terminated his long-term contract with Derbyshire by mutual agreement and decided to come to Pakistan, there was no guarantee that the atmosphere in Pakistan cricket would improve. In view of this, his contract will be honored.”

The source said that Mickey Arthur had told Sethi that he was willing to work as an advisor to the Pakistan board and would also be visiting the country frequently. The arrangement did not suit the PCB, so the talks failed and Mickey will not be involved with Pakistan cricket.” Thereafter the contract was not extended by the management headed by Ehsan Mani.