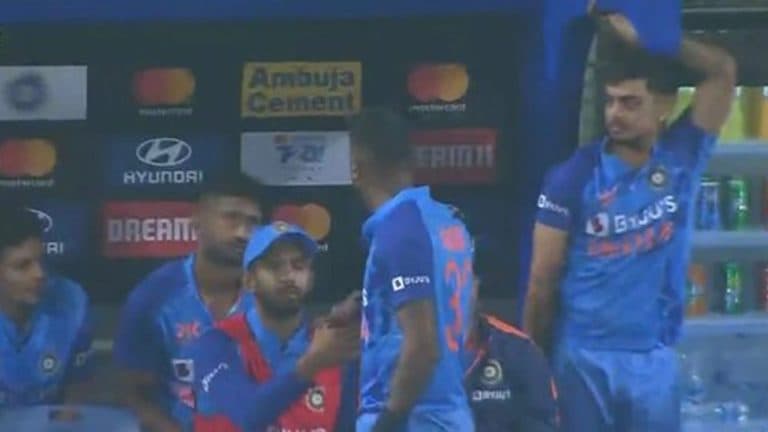 Pune T20: Hardik Pandya had ‘surrendered’ even before the end of the match, these pictures will infuriate the fans!

India vs Sri Lanka 2nd T20, Hardik Pandya Photos: Under the captaincy of all-rounder Hardik Pandya, Team India had to face defeat in the second T20 match of the series against Sri Lanka. Chasing the target of 207 runs in the match played in Pune on Thursday. Team India was able to score only 190 runs for 8 wickets. Now some pictures related to Hardik Pandya are going viral on social media, seeing which the anger of the fans can increase further.

Also Read: “We know bowling no-balls in any format is a crime” – Pandya said

Hardik’s pictures are now going viral on social media. People are also commenting on these. One user wrote that Hardik should not break the morale of young players like this. At the same time, another user wrote that even before the defeat, Hardik had come to know the result of the match.

Sri Lanka defeated the Indian team by 16 runs in the second T20 match of the series played at the MCA Stadium in Pune. Captain Dasun Shanaka (56 not out off 22 balls) and opener Kusal Mendis (52 runs off 31 balls) scored 206 for 6 wickets in the stipulated 20 overs. Sri Lanka scored 206 runs for 6 wickets in the allotted 20 overs. Could only score 190 runs. Akshar Patel scored the highest 65 runs for Team India. At the same time, Suryakumar Yadav contributed 51 runs by hitting 3 fours and as many sixes in 36 balls. Third and final T20 match of the series Saturday 7 January Will be played in Rajkot.