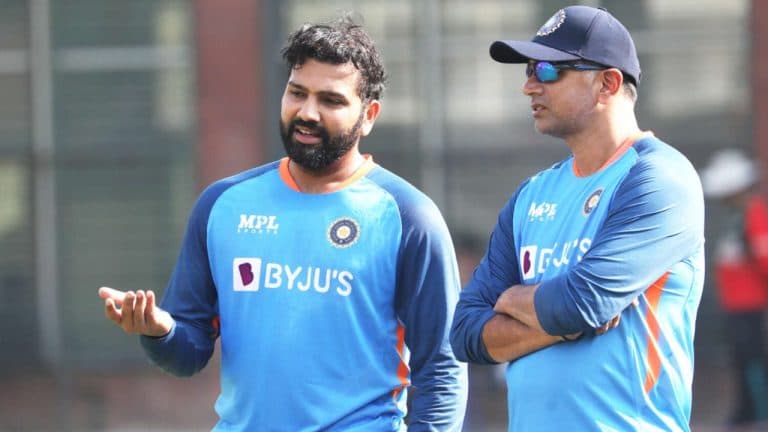 Indian cricket team head coach Rahul Dravid revealed the turning point in captain Rohit Sharma’s career and said the cricketer came into limelight when he got a chance to open the innings.

Dravid – Rohit Sharma has been a wonderful cricketer for India

Rahul Dravid said in the press conference, ‘Rohit Sharma has been a great cricketer for India. I remember seeing him for the first time when he was 17-18 years old. He had just come out of the under-19s. You can see him do something and he will prove it. You see many kids, who look completely different at the age of 19, but not everyone is able to reach their potential.

He further said, ‘What Rohit Sharma has achieved in the last 15 years, I now feel he has achieved his potential and is a wonderful servant of Indian cricket and is doing well.

The head coach further said, ‘The turning point for Rohit Sharma could be in many ways when he finally got the chance to open. He performed brilliantly in ICC tournaments. We saw in 2019 that he has the ability to score big runs. He has scored three double centuries in the ODI format, which is a great achievement.

Rohit Sharma made his ODI debut in June 2007 and has so far played 240 ODIs, including three double centuries. The right-handed batsman has scored 9681 runs with the help of 29 hundreds and 48 half-centuries. After Virat Kohli stepped down from the captaincy, the BCCI handed over this responsibility to Rohit Sharma.

Rahul Dravid said, ‘Rohit Sharma has been very successful. When he is playing well, you cannot bowl him fast and short. He hits the spinners well. He has a good all round game. He is a great player of India. It has been great to watch him in the last few matches.