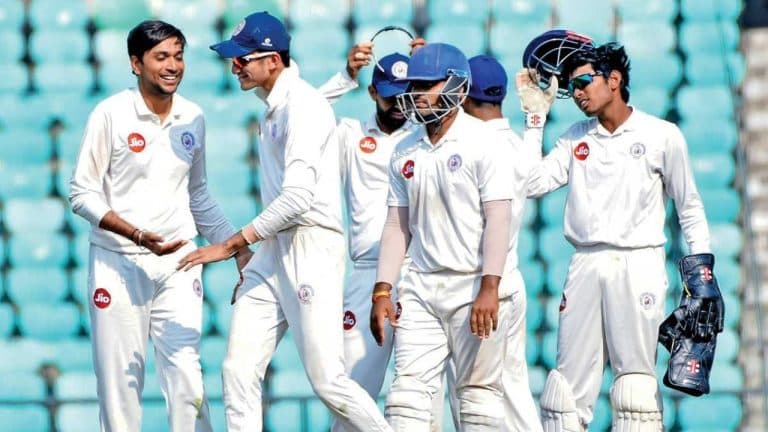 The first match of the Test series between India and Australia is to be held on this ground and a match of Ranji Trophy ended here in three days. Left arm spin bowler Aditya Sarwate took 11 wickets in this match. Vidarbha successfully defended the smallest score in first-class history in India in this match.

This record was in the name of Bihar before Vidarbha saved 73 runs. Bihar successfully defended 78 against Delhi at Jamshedpur in the 1948–49 season.

15 wickets fell on the first day and 16 wickets on the second day at the Nagpur ground. After this, the match ended even before the end of the third day’s play. In such a situation, the match between India and Australia is also expected to be low scoring.

Chasing 73, Gujarat lost six wickets on the morning of the third day, scoring 54 runs in 31 overs. Sarwate, who took five wickets for 64 runs in the first innings, took six wickets for 17 runs in the second innings. He took 11 wickets for 81 runs in the match, which is the best performance of his career. Apart from him, Harsh Dubey also took three wickets by giving 11 runs.