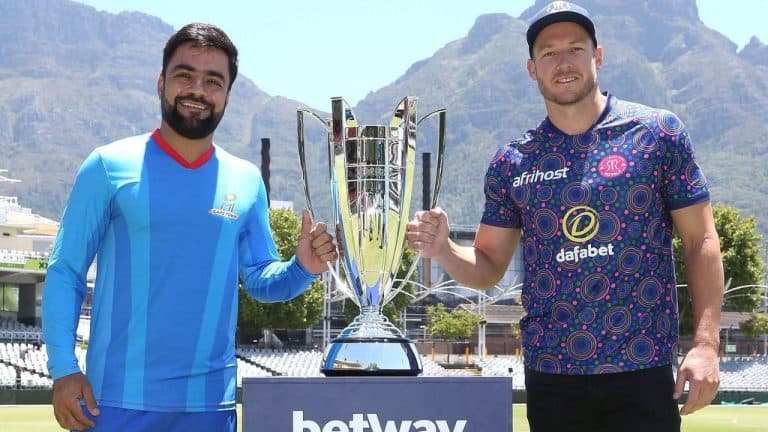 Rashid Khan will captain this team of Mumbai Indians, said big thing before the start of the tournament

Rashid Khan is part of the MI Cape Town team in the South African T20 league and will also be seen captaining it. He has given a big reaction regarding this. Rashid Khan believes that he has played the role of vice-captain for Gujarat Titans in IPL and his experience can come in handy in captaincy in this league.

The pressure of captaincy is not on me – Rashid Khan

Before the start of the tournament, Rashid Khan took part in the press conference and gave feedback about the captaincy during this. They said,

For me, being the vice-captain for Gujarat Titans in the IPL has been great and that experience has helped me become a better player. You should enjoy your cricket and you can only give your 100 per cent to whatever potential you have. So I don’t think any pressure of captaincy will be on me.

Let us tell you that the ownership rights of all the teams participating in this league are with the six franchises of the Indian Premier League. MI Cape Town have appointed Afghanistan spinner Rashid Khan to lead their team, while Paarl Royals have appointed South African batsman David Miller as their captain. The first match of the season is to be held between these two teams. Apart from this, many other great players of the world will also be seen playing in the South Africa T20 League, including Joffra Archer, who is making a comeback after a long time.