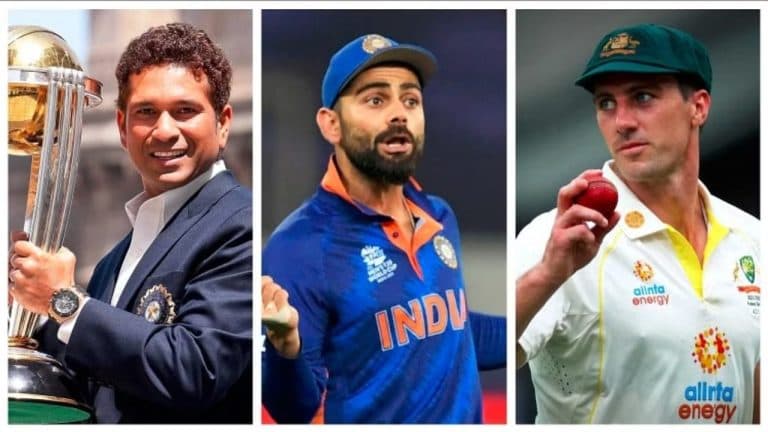 Virat Kohli has been in excellent form for the last few days. Now he is not only scoring runs but also playing big innings. Kohli has scored four centuries since last year’s Asia Cup. He has scored one century in T20 and three centuries in ODIs. Seeing Kohli in his old form, people are feeling that he will soon break the record of 49 ODI hundreds of veteran Sachin Tendulkar. There have been comparisons between Kohli and Sachin for a long time. When Australia’s Test captain Pat Cummins was also asked about this, he gave a funny answer.

Pat Cummins, like many players, did not avoid this question. He named a player. He was questioned about this by his teammate Usman Khawaja in a video uploaded by Prime Video India on YouTube. Khawaja asked, “Sachin Tendulkar and Virat?” Pat Cummins first jokingly asked, “In what?” In making mines? ”””’ Cummins then told his choice.

The Australian captain took the name of Team India’s star batsman Virat Kohli. Cummins also put forth his reasoning behind choosing Kohli. He said, “I think I played only one T20 match against Sachin Tendulkar many years ago. That’s why I would choose Virat Kohli’s name.”

The Indian team is currently playing in the ODI series against New Zealand. Kohli scored eight and 11 runs in the opening two matches. The third match will be played on January 25 at the Holkar Stadium in Indore. Virat would like to end the series by playing a big innings in this match. Apart from this, he will also appear in the four-Test series against Australia. Then there will be a competition between Virat and Pat Cummins.