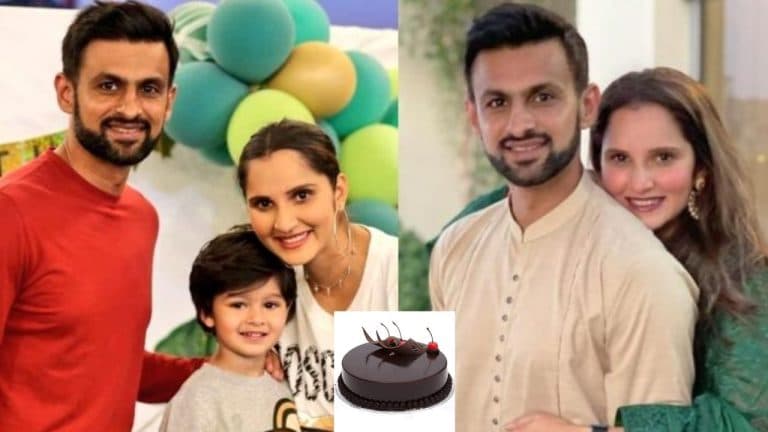 Sania Mirza, Birthday: There has been a lot of news about the relationship between India’s tennis star Sania Mirza and Pakistan cricketer Shoaib Malik. Actually, the discussions about the divorce of both of them (Sania Mirza Divorce) are happening everywhere. Pakistani media has even claimed that these couples will end their 12-year marriage. It was also said that both could announce it soon. The reason behind this is being told to Shoaib Malik. Who is being told to cheat Sania Mirza? However, how much truth there is in these reports is not yet fully confirmed. And amidst all this, Sania Mirza is celebrating her birthday today i.e. on 15th November. And on this particular day, her husband Shoaib Malik congratulated her on her birthday in a special way.

Read more: The BCCI will Hand Over Big Responsibility To MS Dhoni

Sania is celebrating her 36th birthday. And Shoaib made a post for her through social media in which he also wished Sania in a very beautiful way. During this, he shared a photo of both in his post and also wrote, “Wishing you a very happy birthday. I wish you a healthy and happy life. Enjoy this day to the fullest.” At the same time, Shoaib shared this special post at a time when various things are going on in their relationship. Also, the Pakistani cricketer did this post late in the night at around 1.15 pm.

Read more: T20 WC: Australia announced the ‘Team of the Tournament’, these Indian players got place

At present, the fans of both of them have taken a sigh of relief from this post of Shoaib. People are liking it a lot. Till now this post of his has got lakhs of likes. Also, this couple is being advised to be together always.

The reason for the divorce between Sania and Shoaib is being told to Pakistani actress and singer Ayesha Umar. Ayesha had done a bold photoshoot with Shoaib Malik some time back, and since then the relationship between the couple has increased.

However, amidst these reports of divorce, a private Pakistani channel on Sunday made a big disclosure on social media saying that Sania and Shoaib have done it under a strategy. Meaning their divorce was only for their upcoming show Mirza-Malik show stream, the channel termed it as just a controversy.

Read more: Gujarat Election: Ravindra Jadeja engaged in the promotion of wife Rivaba, first made a video and asked for votes, then batting