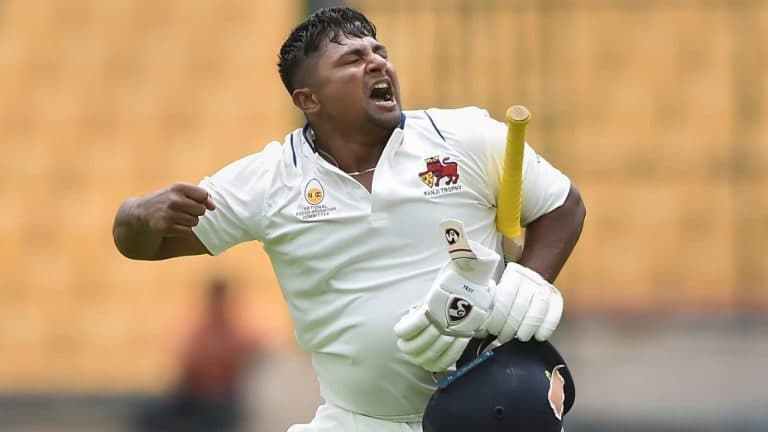 In Indian domestic cricket, the performance of Mumbai’s young middle-order batsman Sarfaraz Khan is continuously getting better. Sarfaraz Khan has batted beyond expectations in the last three Ranji Trophy seasons and his name is constantly being taken up for Team India. But recently Team India was selected for the first two Test matches against Australia and his name did not figure in it. Which made him disappointed. He did not lose courage even after that. Sarfaraz Khan scored a brilliant century in the recent Ranji match against Delhi and got his team out of trouble.

Has Spoken About the Comparison with Don Bradman

After playing a brilliant inning of 125 runs, Sarfaraz Khan was the great batsman of cricket. Has spoken about the comparison with Don Bradman. In this context, he said, ‘This comparison makes me happy that I have been close to his (Bradman’s) record in the last three seasons. It won’t always be the same, but I’m happy to be around him now. Sarfaraz Khan scored first class runs at an average of over 80 while Don Bradman averaged over 95 hence he is being compared to Bradman.

Sarfaraz Khan revealed what happened to his father and said, ‘My father had come to Delhi a few days ago. And I had batting practice with him for two days in Ghaziabad before the match. He knew that I was upset at not getting selected. So he told me, our job is to keep scoring runs all the time for any team. Ever since I was a kid, whenever I am a little confused or things are not right. My dad motivates me, gives me confidence, and prepares me mentally.’