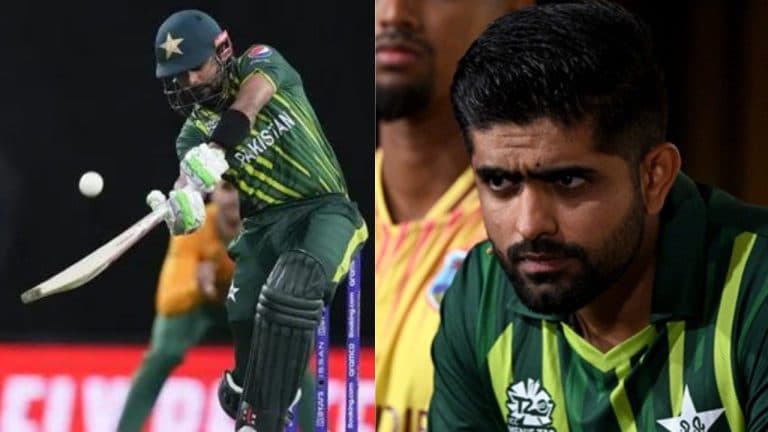 Agreed that Babar Azam is known for anchoring the innings, but the question is also that he avoids playing big shots because he is afraid of getting out. That’s why they don’t do aerial shots.

Babar Azam could not hit a single six in Asia Cup and T20 World Cup :-

For your information, let us tell you that in Asia Cup 2022 and T20 World Cup 2022, he has faced 196 balls and has not hit a single six. If you are not able to hit even a single six for your team in such a big tournament as an opener, then it becomes a matter of great shame.

It is generally seen that if a batsman hits 2, 3 or 4 fours then he hits a six, but Babar Azam hits 7 fours and hits a six.

Babar Azam is afraid of aerial shot and getting out :-

Cricket is a game of skill, for which Babar is known, but the skill is also to hit sixes. Batsmen like Virat Kohli never play high risk aerial shots, but still they can hit long sixes only through timing. It seems that Babar Azam is probably afraid of playing aerial shots and he is also afraid of getting out.