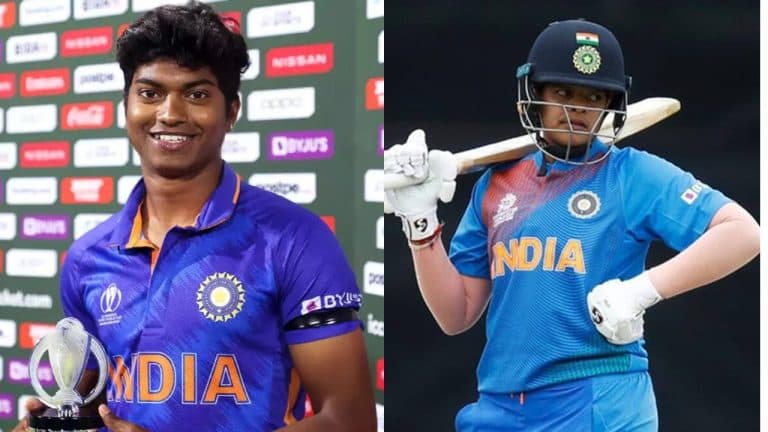 Let us have a look at the two matches played today:

Match 1: India A vs India C

In this match, India A won by 34 runs. Playing first after winning the toss, India A team scored 160/2 in the allotted overs. Both the openers of the team showed a strong game. Nuzhat Parveen scored 55 and Shivali Shinde scored 42 runs. After this, Harleen Deol showed a stormy game and scored an unbeaten 51 runs in 30 balls. His innings included eight fours and a six.

Chasing the target, India C’s innings looked shaky from the start. Captain Pooja Vastrakar fought single-handedly for the team and played a stormy inning of 61 runs in just 38 balls. Vastrakar hit four fours and three sixes in his innings. Despite this, the whole team could only reach the score of 126/8 in 20 overs.

Match 2: India B vs India D

In this match, India D showed tremendous game and defeated India B by a margin of 10 wickets. Batting first after losing the toss, India B had a poor batting performance. Shafali Verma was able to score just 5 runs. Tania Bhatia 1 and Captain Deepti Sharma were the top scorers by scoring 21 runs. None of the batsmen could play on behalf of the team and the whole team got all out on the score of 80 in 18.2 overs. India D’s Rajeshwari Gaikwad took three wickets.

India D had no trouble chasing the small target. Yastika Bhatia and Jasia Akhtar added 81 runs for the first wicket to give the team victory in the 11th over itself. Akhtar scored an unbeaten 56 off 36 balls, while Yastika remained unbeaten on 22.