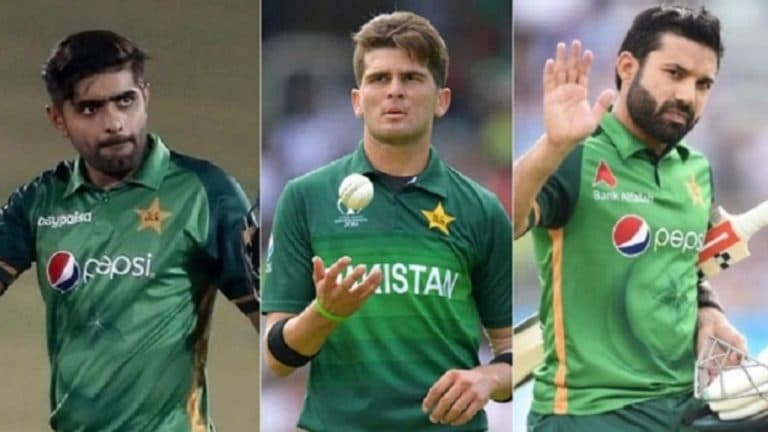 Shaheen Afridi raised Babar and Rizwan together after Pakistan’s victory

The first semi-final match of T20 World Cup 2022 was played between Pakistan and New Zealand (PAK vs NZ) in Sydney today, in which Pakistan team won by defeating Kiwis by 7 wickets. With this win, Pakistan have confirmed their place in the final of the tournament. The match saw a great performance from the Pakistan bowlers. Fast bowler Shaheen Afridi played an important role in the team’s victory. After winning the match, this left-arm bowler looked very excited and could not stop his happiness. A video of Shaheen Afridi has been shared by the ICC in which he lifts captain Babar Azam and Mohammad Rizwan together to express his happiness.

Also Read: Jos Buttler Held A Press Said- “We do Not Want The Final Between India And Pakistan

In this match the captain of New Zealand captain won the toss and decided to bat first. Playing first, the Kiwi team scored 152 runs for the loss of 4 wickets with the help of brilliant innings from captain Kane Williamson (46) and Darryl Mitchell (53 *). In reply, with five balls to spare, Pakistan chased down the target for the loss of three wickets.

From Pakistan’s side, the fast bowlers bowled tight, due to which the Kiwi team failed to set a bigger target. Team’s main bowler Shaheen Afridi took two important wickets for 24 runs in his four-over spell. Shaheen Afridi looked very happy after winning the match. He went to the field and picked up captain Babar Azam and Mohammad Rizwan in their arms, who were already hugging each other and congratulating each other on winning the match.

Pakistan will play the final on November 13

Significantly, Pakistan has become the first team to reach the final of the mega event. In the second semi-final between India and England on Thursday, whichever team wins, they will play the final against Pakistan in Melbourne on November 13.