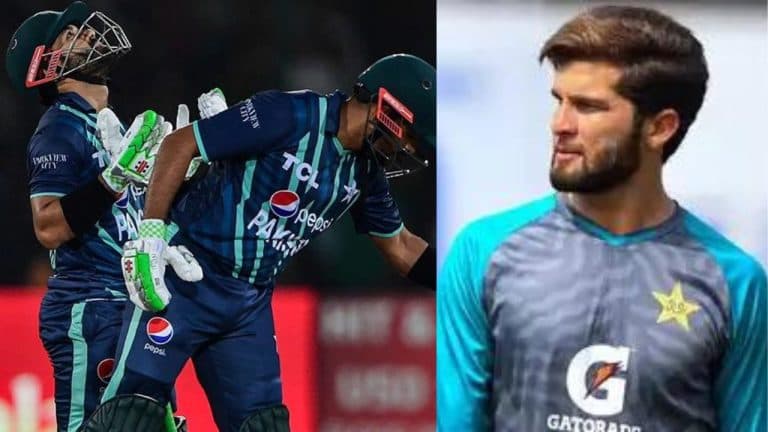 Shaheen Afridi ‘s tweet on Pakistan’s victory, “Babar-Rizwan are selfish, time has come to get rid of them”

ENGvsPAK, 2nd T20I, Shaheen Afridi: Pakistan cricket team’s star fast bowler Shaheen Shah Afridi has made such a tweet about Babar Azam and Mohammad Rizwan, which people were surprised to read at first, but after reading the whole it was understood, that In a way he has locked the mouth of the critics.

Since the Asia Cup 2022, both Pakistan’s openers, captain Babar Azam and Mohammad Rizwan, have been under criticism for their slow strike rate. Babar’s poor form also added to Pakistan’s tension, but the way both of them batted against England, the critics’ mouths must have been locked for some time.

Chasing a target of 200 runs, Pakistan won by 10 wickets against England. Babar returned not out after scoring 110 and Rizwan 88.

Shaheen Afridi is going through rehab in England :-

Even Shaheen Afridi was not blown away by this innings of Babar-Rizwan. Afridi is not a part of this series, he is going through rehab in England and is expected to be fit till the T20 World Cup and join the team.

Afridi wrote on Twitter, ‘I think the time has come that we should get rid of Captain Babar Azam and Mohammad Rizwan. Babar-Rizwan are so selfish players. If played properly, the match should have ended in 15 overs. Took it till the end. Should there be a movement about this? Proud of this wonderful Pakistani team.

Also Read:- Harmanpreet: The Lord’s game is very special for us because it’s Jhulan’s retirement