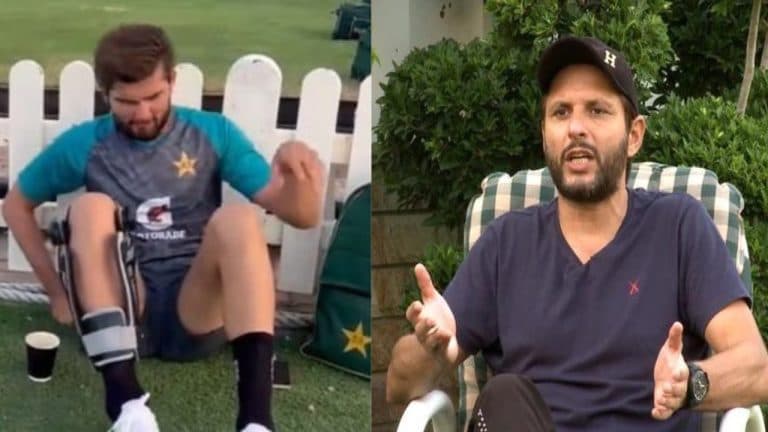 Shahid Afridi Exposed PCB: The Pakistan Cricket Board (PCB) does not even have money to get its star bowler Shaheen Shah Afridi treated. This has been revealed by Shahid Afridi, the former cricketer of the team.

Afridi told how Shaheen went to England at his own expense. While the doctor himself was arranged for him by Shahid Afridi. Shaheen could not play in the Asia Cup 2022, he first went to UAE with the team, but then later left for England for treatment.

Shahid Afridi, “Shaheen booked a ticket to England at his own expense” :-

Shahid Afridi said on Sama News, ‘Afridi went to England on his own. He booked a ticket to England at his own expense, while I arranged for the doctor. The PCB did nothing for them.

At present, even for Shaheen, Pakistan’s most successful bowler, it seems that PCB does not have money . In this way Shahid has exposed the torn recent pole of PCB in front of the whole world.

Also Read:- ENG vs PAK 2022: The England Cricket Team Reached Karachi For The First Tour Of Pakistan in 17 Years