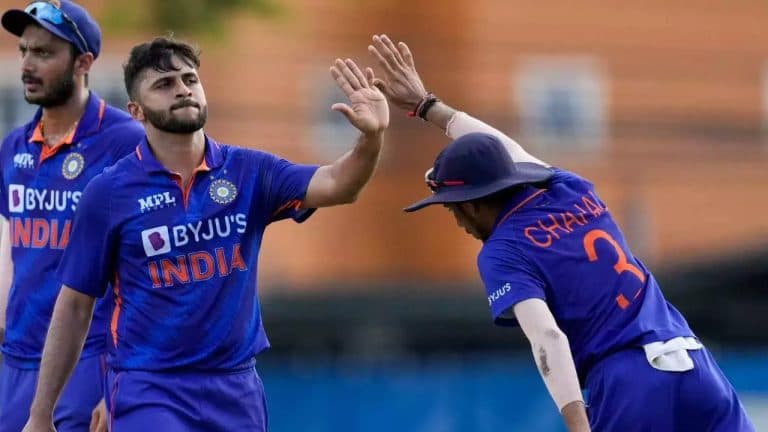 ‘Shardul Thakur is the Number 1 Option as the third bowler’

The Indian Cricket Team has won the third ODI against New Zealand by 90 runs to clear the guest team in the series. The most important character in this victory of India was played by fast bowler Shardul Thakur. He contributed 25 runs with the bat as well as 3 wickets in bowling at a crucial stage. Due to which the Indian team returned to the match and won all the matches of the series. He was awarded the Man of the Match Award for this great performance. Former Team India opener Wasim Jafer has described Shardul Thakur as the number one option as Team India’s third bowler.

Talking to ESPNCRICINFO, Wasim Jafar said in this context, ‘In the present time I think only Shardul Thakur who was able to contribute to the team with the bat and fast bowler because Deepak Chahar is currently playing any cricket. We do not know about Thakur’s fitness level, but when he comes back in form, he is probably one of those contenders. He can bowl with a new ball and bat at number 8. So Shardul Thakur probably likes number 1 as an alternative to the third bowler and then Deepak Chahar.

Shardul has the Ability to take Important Wickets

Former opener Jafar further said about Shardul Thakur’s skill and his never giving up personality, ‘Shardul Thakur has the ability to take important wickets. He is one of those who keep trying. There is a lot of variety in his bowling. He uses the small ball really well. He has a knock ball, which he knows to use. They have a habit of taking big wickets that do not surprise me. He is a trying player.