The Australian women’s cricket team had a fantastic start to this year as they won the Women’s Ashes against England and followed it up with their seventh World Cup win in New Zealand. After tasting success in the 2 mega-events. The Meg Lanning-led side will be next seen in Ireland when they take on the hosts and Pakistan in a T20I tri-series. A total of six matches will play from July 16 to July 24 at Bready Cricket Club in Northern Ireland. After the tri-series, Australia will move to Birmingham to play the Commonwealth Games starting July 29 with the final to be played on August 7.

Under the able aegis of Matthew Mott, the Australian women’s cricket team has done exceedingly well in the recent past. He was the head coach of the team for seven years and under his tutelage, the team won back-to-back World T20 titles and of course the recently concluded 50-over World Cup. Though the team composition for the upcoming tournaments will be more or less the same. There will be a change of coach for the aforementioned two competitions. Mott has been appointed as the head coach of England’s men’s cricket team for the white ball format.

Mott said, “I leave with a heavy heart but with so many wonderful memories

While signing off from his duties, Mott said, “I leave with a heavy heart but with so many wonderful memories. The on-field success is well documented but it’s the lifelong friendships that I’ve formed that resonate most with me. I am very proud to have been part of a sport that has been able to endure the last couple of years and come through it with an even brighter future. There is never a perfect time to leave such a wonderful environment, but this opportunity is one that excites me very much.”

He also thanked all the support staff, players, and administrators for their unconditional support and guidance.

Mott will be replaced by Shelley Nitschke, a former Australia cricketer. Nitschke has been named interim head coach of the Australia women’s cricket team.

Till the time a full-time head coach is appointed. She will be with the team for the T20I tri-series in Ireland and Commonwealth Games in Birmingham. Before this, Nitschke was the assistant coach of the Australian women’s cricket team in 2018. She has also enjoyed coaching stints with South Australia and Adelaide Strikers. In 2019, she moved to Perth Scorchers and in her maiden season with them led the team to their first-ever WBBL title. 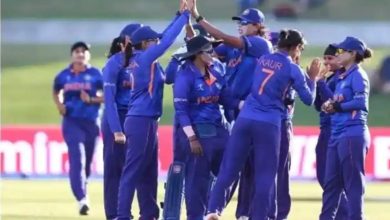