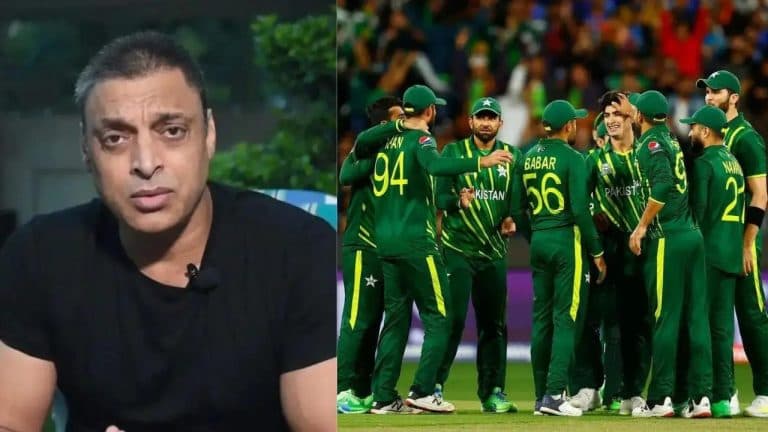 Shoaib Akhtar: England beat Pakistan by five wickets in the final of the T20 World Cup 2022 to become champions for the second time, with an unbeaten half-century from Ben Stokes after a superb bowling led by Sam Karan.

Shoaib Akhtar, “We will win the World Cup in India” :-

Pakistan’s journey in the tournament was full of ups and downs. After losing the first two matches in the Super-12, the team faced a lot of criticism. Former team fast bowler Shoaib Akhtar was also not behind in criticizing Pakistan, but after the defeat in the final, he is definitely disappointed, although he is also proud of the team’s performance.

Supporting the team, he has even said that now we will win the World Cup in India. Let us tell you that the ODI World Cup will be played in India next year.

Shoaib Akhtar said this in a video posted on Twitter :-

Shoaib Akhtar said in a video posted on his Twitter, “You have done a wonderful job. You were close to being out of the tournament, but still played the final. The bowling unit of Pakistan performed well throughout the World Cup.

There was some luck, Pakistan played well and it deserved to be there. Shaheen’s injury was the turning point, but that’s okay. Now from here we don’t have to let ourselves fall down.

Akhtar said this for Ben Stokes :-

Shoaib Akhtar further said, “Ben Stokes had given 5 sixes in T20 World Cup 2016 and because of him England lost the match. Today he got rid of the team by winning the World Cup. Pakistan I stand with you. No need to worry. I’m disappointed and hurt too but that’s okay. We stand with you as a nation. Relax we will now win the World Cup in India.

Also Read:- Team India: Now this legendary player will not be seen in the Indian T20 team