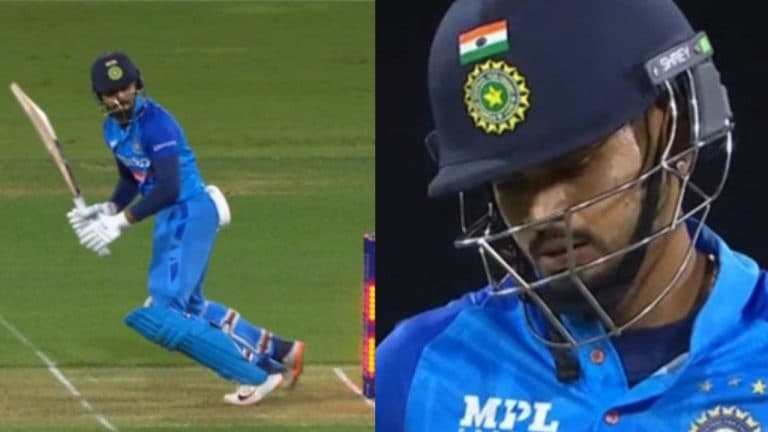 Hit wicket in T20I, Shreyas Iyer: The second match of the three-match T20 series between India and New Zealand was played at Mound Maunganui. Shreyas Iyer, who was running in good rhythm in this match, got out hit wicket. When he got out, he had scored 13 runs in nine balls with the help of a four and a six. In the process of playing Loki Ferguson’s ball on the backfoot, his leg went off the wicket.

However, then Shreyas did not know and ran to take the run. He realized this when the opposition players celebrated. After that he could not believe it. He had to return to the pavilion with a heavy heart.

Shreyas is the 25th batsman to take a hit wicket in T20 Internationals. Also, he is the fourth batsman of India to be dismissed in this way. Harshal Patel, KL Rahul and Hardik Pandya have been hit wickets before them.

KL Rahul is the first Indian player to get hit wicket in T20I :-

Hardik was hit wicket on the last ball against England in the semi-finals of the recently concluded T20 World Cup. Rahul is the first batsman to be hit wicket for India in T20 Internationals. He was dismissed like this off Jeevan Mendis in 2018 against Sri Lanka. At the same time, Harshal Patel was also hit wicket against New Zealand on the same ball of Loki Ferguson.

Batsmen who got hit wicket in T20 International :-