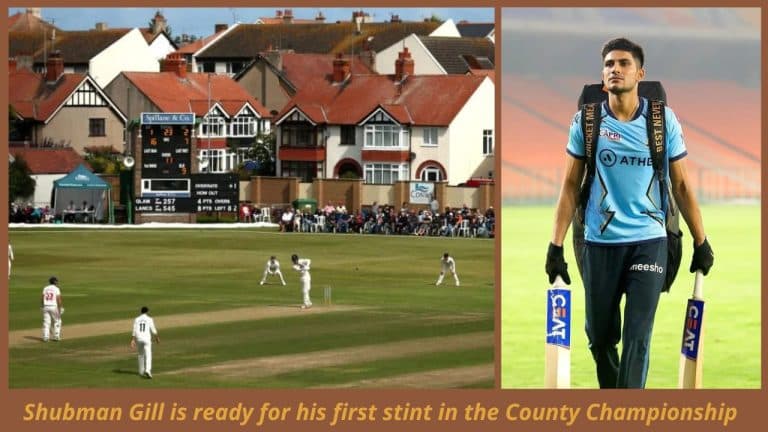 Shubman Gill’s contract with Glamorgan for the remainder of the 2022 season. This is Gill’s first stint in the County Championship. Gill is yet to get visa.

Read more: The BCCI Announces India A Squad For Four-Day Matches Against New Zealand A

India batsman Shubman Gill has been signed with Glamorgan for the remainder of the 2022 season. Gill is gearing up for his first stint at the County Championship, subject to visa clearance.

Indians to play for Glamorgan in County Championship

After Cheteshwar Pujara (Sussex), Washington Sundar (Lancashire), Krunal Pandya, Mohammad Siraj (both Warwickshire), Umesh Yadav (Middlesex). If all goes according to plan, Gill will be the seventh Indian to be picked up by the county side. has contracted and Navdeep Saini (Kent). He would be the third Indian after Ravi Shastri (1987–91) and Sourav Ganguly (2005) to play for Glamorgan in the County Championship.

Read more: Asia Cup 2022: Such was the reaction of the fans on the meeting of Virat Kohli and Babar before the match

12 first-class matches for his home

He has also appeared in 12 first-class matches for his home team Punjab in the Ranji Trophy. India’s domestic red-ball tournament, where he has scored 1176 runs at an average of 65.33.

Glamorgan are currently third in the Division Two table with five wins from 10 matches. They still have four more matches to go and will resume the season against Worcestershire on 5 September in Cardiff.

None of the three overseas players they used in the championship will be available in September. With Colin Ingram returning in the CPL and Marnus Labuschagne and Michael Neser back in Australia. The club had earlier announced that Ejaz Patel would play for them in the last month of the season.