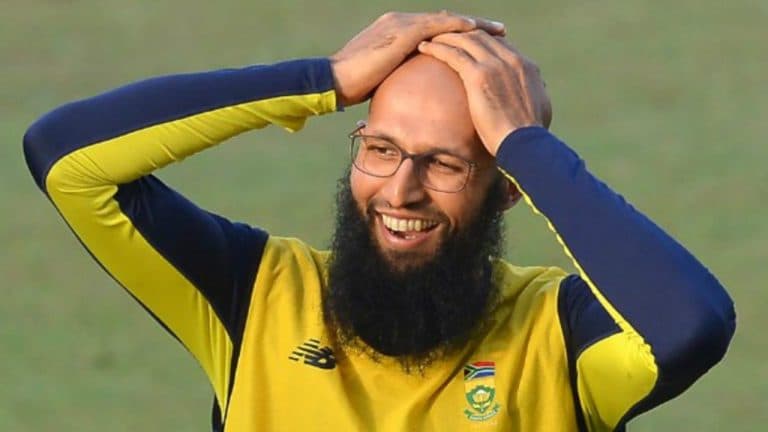 New Delhi, Sports Desk. South African all-rounder Hashim Amla has said goodbye to international cricket. 39-year-old Hashim Amla said that, I thank all the players and team members for their support. Also, I wish the team all the best for many more achievements. Please tell that Amla was the second batsman to score the most Test runs for South Africa.

It may be noted that in 2012. Hashim Amla scored an unbeaten 311 against England at The Oval. This the highest Test score made by a South African batsman. He was part of the Surrey team that won the County Championship in 2022. Hashim scored 8113 runs in 181 One Day Internationals at 49.46. At the same time, scored 1277 runs in 44 T20 Internationals at an average of 33.60. Hashim Amla scored 19,521 runs in first class cricket career.

Former England captain Alec Stewart, who worked with Hashim Amla at Surrey County Cricket Club, described him as a great of the game. He said: “Everyone at Surrey County Cricket Club will be saddened by Hashim’s retirement. But we all appreciate a wonderful career. Hashim is a fantastic cricketer and a wonderful person. He has been a constant presence for the team on and off the field.” Well, young cricketers learned a lot from him.”