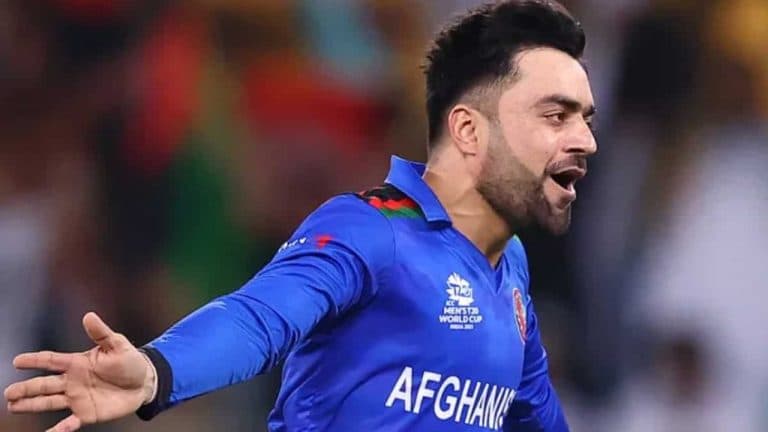 New Delhi. Afghanistan cricketer Rashid Khan is counted among the best spin bowlers in the world. Rashid appears to dominate the batsman in limited overs cricket. For some time, he has also improved his batting skills. Coming down the order, Rashid is also rocking the batting. At present, Rashid Khan is playing for MI Cape Town in South Africa’s SA20 league. In the 12th match of the league, something happened to him which he could hardly have imagined. Playing for Sunrisers Eastern Cape, the player was seen settling his scores after 267 days from Rashid.

South African fast bowler Marco Janesan is currently playing for Sunrisers Eastern Cape. In the match played on Wednesday, Yansen scored 28 runs in one over of Rashid Khan. Rashid Khan came to bowl the 16th over of Sunrisers innings. Jansen hit a six on the first ball of Rashid’s over. On the next ball, he took the ball to the boundary for a four. After this, 2 sixes were hit in consecutive balls while the fifth ball remained empty. On the sixth ball, Rashid gave a befitting reply to Rashid by hitting a six.

Jansen gave his team a resounding victory by hitting 66 runs in 27 balls. During this, he hit 3 fours and 7 sixes. During this, Yansen’s strike rate was 244.44. Rashid Khan and Yansen were earlier face to face in IPL on 27 April 2022. Then Rashid Khan hit 25 runs in one over of Yansen. Rashid Khan was then batting on behalf of Gujarat Titans while Yansen was bowling on behalf of Sunrisers Hyderabad. At that time, Rashid had hit 4 sixes on Yansen’s balls in the last over of Gujarat’s innings. He had completed one run by running.

Talking about the match, on the basis of the stormy batting of Marco Jansen, Sunrisers Eastern Cape won the match by 2 wickets with 3 balls remaining. MI Cape Town scored 171 for 6 on the basis of wicketkeeper Roelofsson‘s 56 and Rickleton’s 46 runs.