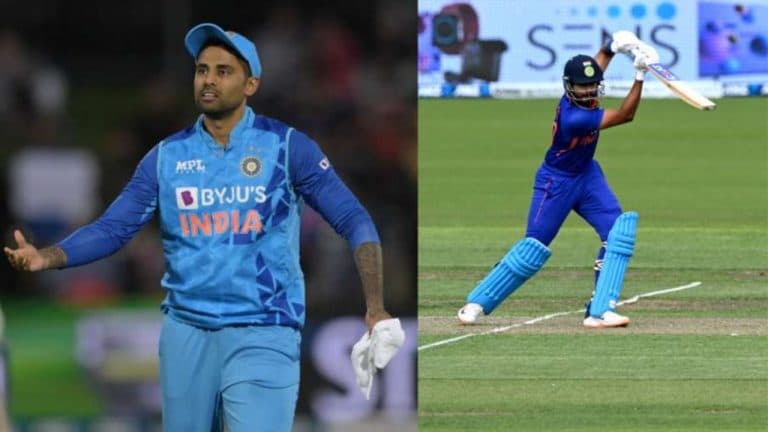 Suryakumar Yadav will be dropped from Team India even after scoring a century! This player can get place

After the 2-1 victory in the T20 series played between India and Sri Lanka, Team India is ready for the three-match ODI series. The first ODI match is going to be played between the two teams on Tuesday, January 10. Senior players are making a comeback in this series. In such a situation, batsmen like Virat Kohli, Rohit Sharma, KL Rahul will once again be seen in action. All of them were on rest in the T20 series. In the absence of these players, Hardik Pandya was the captain of the team. India’s young players performed brilliantly under Hardik’s captaincy.

In the last match of the series, the vice-captain of the team Suryakumar Yadav even scored a century. In this match, he scored a total of 112 runs in 51 balls. India defeated Sri Lanka in that match because of Surya. Surya is also part of the squads of both the T20 and ODI teams. After this performance, he can be included in the playing 11 of ODIs, but there is one player who can prevent him from making it to the playing 11.

This player will be out from playing 11!

Actually Suryakumar Yadav bats at number 4 for India in T20. On the other hand, the return of other players in ODIs has increased Surya’s concern. Unlike in T20, no batsman has been fixed yet to play at number 4 for India. Shreyas Iyer has been batting at No.4 in ODIs for India for quite some time now, where he has done exceptionally well. At the same time, Shreyas Iyer is also a part of the team for the ODI series against Sri Lanka. In such a situation, he can become a threat to Surya. It is difficult to drop Shreyas considering his form in ODIs. Whereas Surya has recently scored a century. However, Surya’s performance in ODIs has not been anything special. In such a situation, it will be interesting to see who skipper Rohit Sharma drops or gives a chance to both.

Suryakumar vs Shreyas in ODI