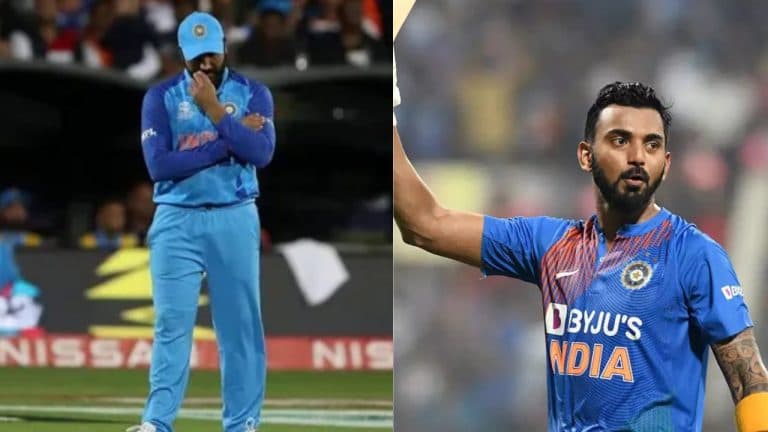 T20 WC: The real reason for Rohit-Rahul’s defeat, sometimes Surya and sometimes the bowlers hid the deficiency, exposed in the semi-finals

T20 World Cup 2022 is over. The England team has celebrated after becoming champions and is now ready for the next match. The Indian team will also play T20 series against New Zealand from 18 November. Hardik Pandya was made the captain in this series and Captain Hardik has said that we should move forward accepting the defeat in the World Cup.

India had to face a crushing defeat by 10 wickets against England in the semi-finals. In this match, the Indian bowlers could not take a wicket and the blame for the defeat was on them. However, some questions were also raised on India’s batsmen, because of the pitch on which India’s top-order batsmen were craving for one run each. On the same pitch, the opening pair of England shared an unbeaten partnership of 170 runs in 16 overs.

The figures of Rohit Sharma and Lokesh Rahul suggest that the bowlers may be responsible for India’s defeat, but the opening pair has been the biggest problem for Team India throughout the World Cup and it needs to be resolved to achieve success in the coming times. It is necessary. The Indian opening pair has consistently disappointed in this World Cup, but sometimes Suryakumar Yadav hid the shortcomings of the opening pair by scoring fast runs in the middle order, and sometimes the bowlers performed well to give India victory. However, that didn’t happen in the semi-final and England’s batsmen showed how to bat opening the innings.

Lokesh Rahul and Rohit batted very slowly in the powerplay. This year, India had their worst performance in the powerplay in all T20 World Cups combined. India scored an average of six runs per over in the powerplay and took nine balls to hit a boundary. India could only hit 17 fours and seven sixes in the Powerplay in this World Cup. Team India has never performed worse than this in Powerplay.

Rohit scored 27 runs in 28 balls against England. It was the third slowest innings in T20 World Cup after Yuvraj’s 21-ball 11 and Gambhir’s 25-ball 24. Suryakumar Yadav was the only one of the four players who batted for India in the Powerplay in this World Cup with a strike rate of over 100. Apart from them, Kohli scored 98, Rohit 94 and Rahul scored at a strike rate of 89. For this reason, the Indian team could not take advantage of the powerplay.

India was ahead of UAE only