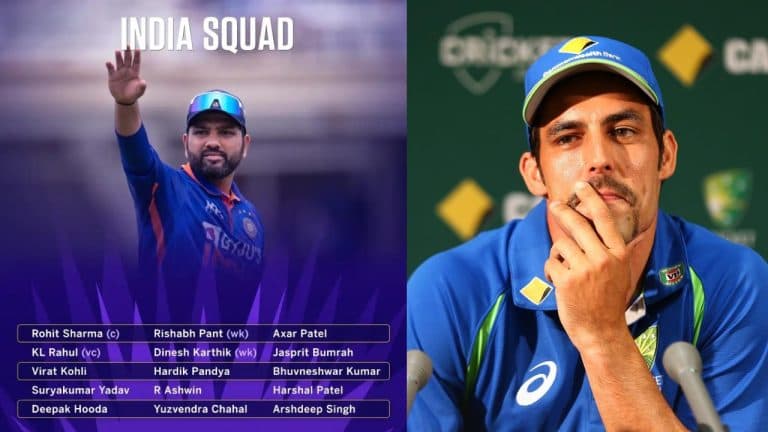 T20 World Cup 2022: Ever since the Board of Control for Cricket in India (BCCI) announced the Indian team for the T20 World Cup 2022, cricket pundits have been giving their opinion about the squad. In this episode, former Australian fast bowler Mitchell Johnson has also given a big statement.

Johnson, “The combination of bowlers is risky” :-

Mitchell Johnson says that the combination of bowlers given by India is risky. The former fast bowler says that India has selected lesser pace bowlers for Australia’s bouncy pitches. Indian selectors have relied on the Jasprit Bumrah-led quartet along with Bhuvneshwar Kumar, Harshal Patel and Arshdeep Singh. At the same time, Mohammed Shami has been kept on standby.

Mitchell Johann, “In Perth conditions, four fast bowlers will have to be kept” :-

Mitchell Johnson said this big thing for the Indian team :-

With this he said, ‘Things like this are funny (that everyone should bowl at 145 plus). If someone can bowl more than 145, you don’t need another person bowling at the same pace. You need people who support each other, work together.

Also Read:- The BCCI Announces 16-Man Squad And Sanju Samson To lead IND ‘A’ in 3-Match ODIs Against NZ ‘A’