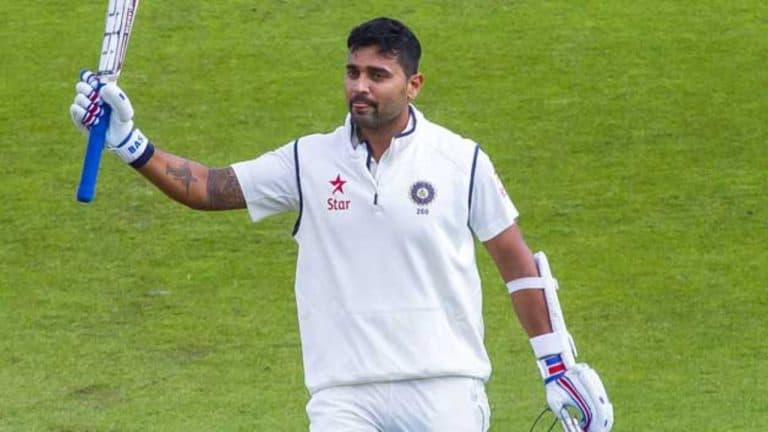 Team India: This Opener Lashed out at BCCI, said- we are Considered 80 years old as soon as we cross 30

The Board of Control for Cricket in India (BCCI) announced the teams for the series against New Zealand and Australia late on Friday night. India has to play three ODIs against New Zealand and then T20 series of the same number of matches. At the same time, the selectors also announced the Indian team for the two Test matches against Australia. Legendary opener Murali Vijay was once again overlooked in the team. After this Vijay has lashed out at the BCCI and the selectors. He has targeted the BCCI regarding age.

Murali Vijay, 38, last played for India in 2018. India played this match against Australia at Perth Stadium. Since then, Vijay has been continuously out of the team. He is not even playing domestic first class cricket. Vijay used to be the star opener of Chennai Super Kings in IPL at one point of time, but has been missing from IPL since 2020 as well. Vijay also played the last match in IPL in 2020. However, Vijay has been playing in the Tamil Nadu Premier League. Now Vijay has lashed out at the BCCI for not being included in Team India again. He said that his association with cricket in India is almost over and now he wants to look for opportunities abroad.

During a show with former cricketer WV Raman, Vijay said – My association with BCCI is almost over now. Now I want to explore opportunities abroad. I still want to play competitive cricket. There is a belief in India that once we turn 30, we are ignored. After this we are considered as 80 years old. I do not want to get into any kind of controversy. The media should also look at it differently. I think the top can be reached even after the age of 30. I can still bat like I used to. But should I say bad luck or good luck, there are few opportunities here. So I have to find opportunities outside.

Had I got as much support as Virender Sehwag, things might have been different

Vijay said- If I had got as much support as Virender Sehwag, then maybe things would have been different. In 2020, Murali Vijay was left out of the Tamil Nadu squad for the Syed Mushtaq Ali Trophy. Recently he participated in an amateur golf tournament. He participated in the Chennai Open Golf Championship. Vijay played 61 Tests, 17 ODIs and nine T20Is for India. He has 3982 runs in Tests at an average of 38.29. This includes 12 centuries and 15 half-centuries.