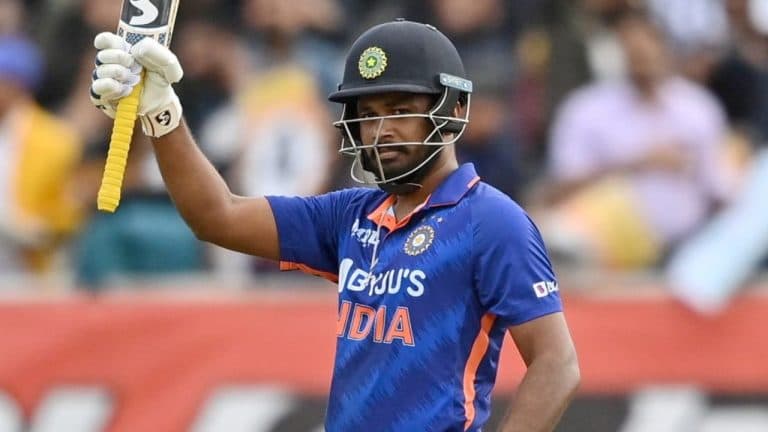 The BCCI Announces 16-Man Squad And Sanju Samson To lead IND ‘A’ in 3-Match ODIs Against NZ ‘A’, The scheduled to be played at the MA Chidambaram Stadium in Chennai on Friday.

Samson will lead against NZ ‘A’ from 22 September:-

Indian wicketkeeper-batsman Sanju Samson is set to lead India ‘A’ in the three-match three-match ODI series against New Zealand ‘A’ from 22 September.

The BCCI on Friday announced a 16-man squad for the three matches. All these matches will be played at MA Chidambaram Stadium.

Sanju Samson will lead a strong group of players against the Kiwis after their exit from the T20 World Cup.

The announcement comes as a relief to fans who were upset over the Kerala cricketer not being selected for the mega ICC event starting next month in Australia.

Batsmen running in excellent form include:-

The team comprises some in-form batsmen who have played impressive innings in the ongoing unofficial Test series against New Zealand A.

Ruturaj Gaikwad scored a brilliant 108 off 127 balls on the first day of the third and final unofficial Test in Bengaluru on Thursday. His innings helped India A post 293 in their first innings.

The bowling unit also has some talented names who have already proved their mettle in the international circuit as well as for the Indian Premier League (IPL).

Bawa has also found a place among experienced players:-

Under-19 World Cup-winning all-rounder Raj Angad Bawa has also found a place among the experienced players. He will be backing the likes of Shardul Thakur in the line-up.

Jammu pacer Umran Malik has also found a place in the team and he will strengthen the pace attack along with fast bowlers like Navdeep Saini.

The spin department will be headed by chinaman bowler Kuldeep Yadav who will share the responsibility with Shahbaz Ahmed, Rahul Chahar, Tilak Verma, and Kuldeep Sen.