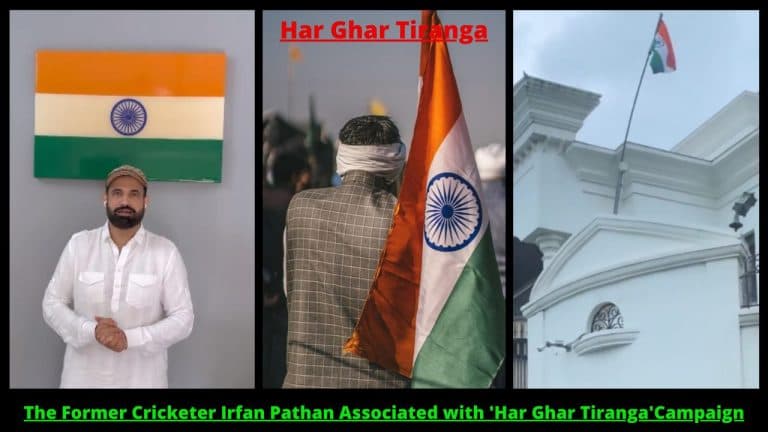 On this glorious occasion of independence, the Prime Minister of India, Narendra Modi has launched the ‘Har Ghar Tiranga Campaign’.

In which he has asked the countrymen to put up the tricolor in their homes by August 13-15.

Now in the meantime, the name of former Indian team cricketer Irfan Pathan will also be adding to this campaign.

In which he is seeing standing in front of the tricolor and appealing to the people of India to join the tricolor campaign at every home. At the same time, he has also installed the tricolor in his house.

Every Indian heart sings the tricolor my Pride:-

Irfan Pathan appealed to the people in his video saying, ‘Tiranga Meri Jaan, Tiranga Meri Shaan, Tricolor Mera Abhiman has sung by every Indian heart, let’s all together hoist the tricolor in every house between August 13 and 15’.

Har Ghar Tiranga: Significantly, Irfan also knows how to bat brilliantly with great bowling. He has won matches for India while batting brilliantly on many occasions.