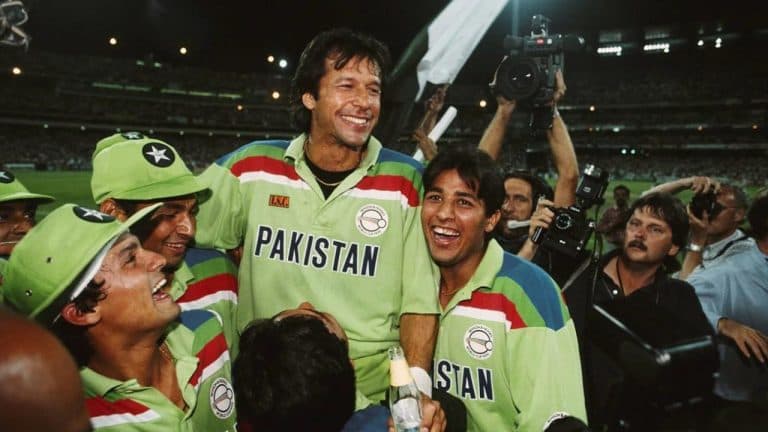 The story of the medal Imran Khan received from India, which was ‘sold’ for Rs 3,000! Watch the video

Imran Khan: Former Prime Minister of Pakistan and captain who won the ODI World Cup in 1992, Imran Khan is once again engaged in the struggle for power. When the throne was overturned from the post of Prime Minister, once again people got a chance to see Imran who took out the front. Apart from the corridors of politics, Imran is once again in headlines, but this time because of cricket.

The gold medal received from India is the reason for Imran Khan coming in the limelight :-

The reason for this is a medal received from India in the year 1987, which is currently featured in Pakistani news. What is the story behind this medal, what is its connection with Imran and India, know…

Pakistan’s Defense Minister Khwaja Asif recently claimed in a TV interview that Imran Khan had sold a gold medal received from India for just Rs 3000. This statement created a stir and different claims were presented, meanwhile a coin collector from Pakistan informed that he had bought that gold medal of Imran Khan in an auction.

Shakeel Ahmed made this claim in a conversation with Pakistan’s senior journalist Hamid Mir :-

Shakeel Ahmed of Kasur claimed in a conversation with senior Pakistani journalist Hamid Mir that in the year 2014 he had bought some medals from Lahore, one of them was of Imran Khan.

According to Shakeel Ahmed, for 2 years he was trying to return this medal to Imran because it is a part of the history of cricket. Shakeel Ahmed later handed over the medal to the Pakistan Cricket Board, which was later kept in the PCB Museum.

When and where did Imran Khan get the medal?

Pakistan cricket team came on a tour of India in the year 1987 under the leadership of Imran Khan. A series of first five Tests was to be played here, a friendly match took place on 20 January 1987 before the start of the series.

Mumbai-based Cricket Club of India (CCI) had completed 50 years, in such a situation a match of 40-40 overs was organized between India and Pakistan. On this occasion, Imran was honored by CCI and this medal was handed over.